A new world record is set

Pedal power has produced a successful first attempt of crossing Cook Strait on a water bike in New Zealand.

The Cook Strait is a 24-kilometre channel that separates the North and South Island of New Zealand. This channel is notorious for whirlpools, strong rips and swells that come up out of nowhere.

On March 30th, 2021 the New Zealand based Manta5 team successfully crossed the 24-kilometre piece of water with Hayden Reeves in the saddle.

“Everything went to plan and pretty much as predicted it all worked out perfectly, I averaged around 150 watts throughout the whole ride”

Reeves and his support boat left the South Island at 10am and two hours and 28 minutes later they landed on the North Island.

“It was actually the last seven or eight kilometres the conditions got pretty bad for a little while there, and it was getting quite marginal with riding.

Reeves said the body was pretty good with a little bit of cramping. He compared it to riding 3 hours uphill, non-stop.

This is the first of many extraordinary challenges the Manta5 team and their water bikes plan to take on. Initiated by founder/investor Guy Howard-Willis this company has its sights set on building a new global sport. 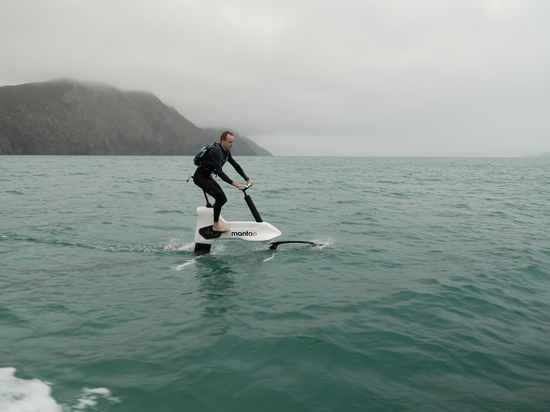 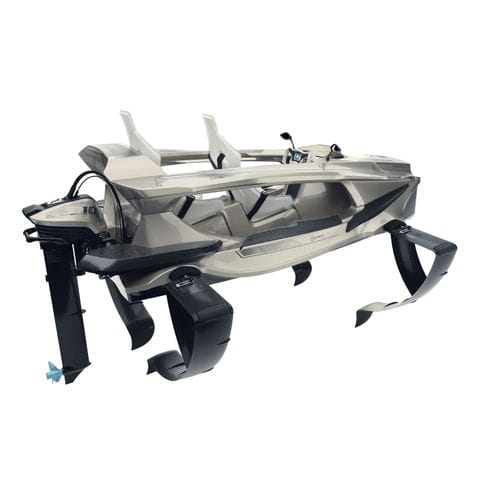 December 2019 marked the milestone event of successfully delivering our limited unit pilot production to customers here in New Zealand. Since then, the feedback has been fantastic and is already driving changes being implemented into our mass production hydrofoil bikes. 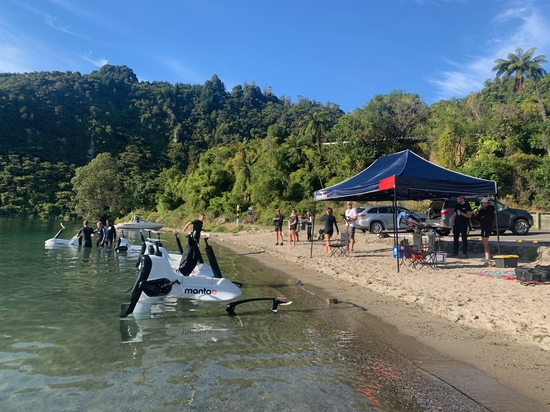 I’ve ridden a lot of weird things at CES: self-balancing unicycles, one-wheeled skateboards, and even a pair of rocket skates — but of all the wild and wonderful rideable contraptions iIve ever hopped on at this show, the Manta5 Hydrofoiler XE-1 might be the weirdest. It also might be the most fun. In a nutshell, this thing is basically the answer to the question “what ... 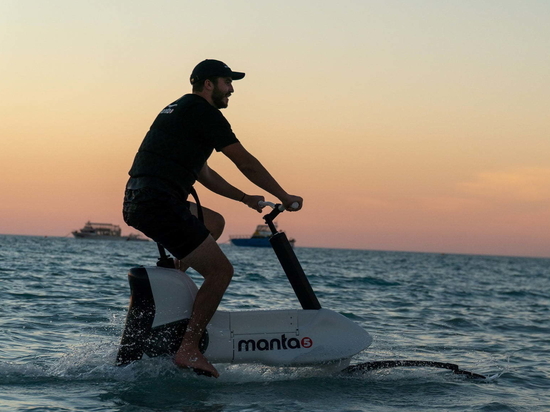