A few days ago, an OceanAlpha 5G police unmanned boat debuted in Shenzhen Bay to carry out water patrol missions.

A few days ago, an OceanAlpha 5G police unmanned boat debuted in Shenzhen Bay to carry out water patrol missions.

As an important part of the defense line, the OceanAlpha 5G police unmanned boat is responsible for surface duties.

Equipped with high-definition cameras, remote IP horns, sonar, and other modular equipment, the boat is intended for tasks such as patrol and reconnaissance, warning, evacuation, and underwater detection.

Instead of manual patrols, the unmanned boat can transmit high-definition video to the command center in real-time, effectively assisting the investigation and crackdown on illegal acts such as waste dumping, stowing away, and smuggling at night.

In recent years, the construction of smart cities has placed higher demands on smart police and digital security. With the advantages of intelligence, safety and reliability, and all-weather operation, unmanned boats can improve policing efficiency and reduce costs, making them an important role in the 5G three-dimensional prevention and control system. 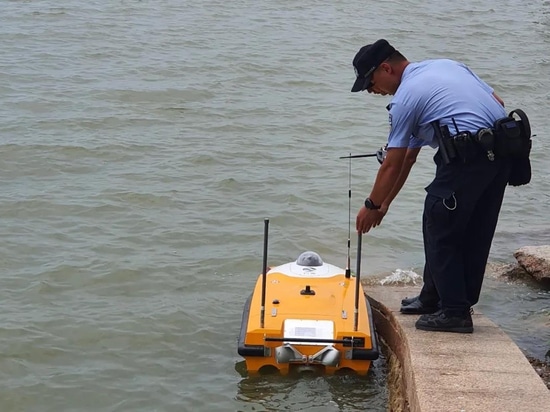 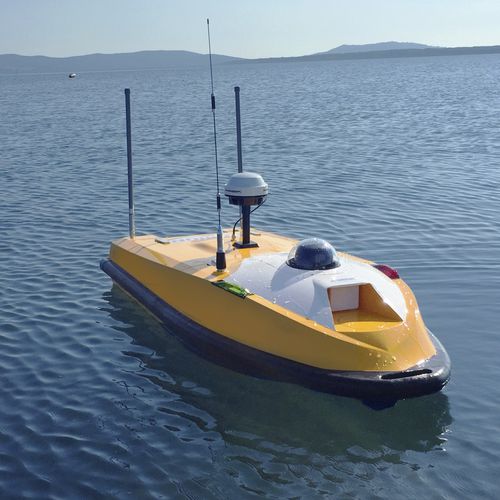 Due to recent coronavirus outbreak, Dolphin 1 Remote Control Lifebuoy was tested to deliver supplies to a ship to avoid close contact between personnel.

Due to recent coronavirus outbreak, Dolphin 1 Remote Control Lifebuoy was tested to deliver supplies to a ship to avoid close contact between personnel, it has an incredible pulling and towing strength, up to 150kg load and range of 500meters. Dolphin1 in Action 1. Dolphin1 fitted out with a backpack system. 2. Dolphin1 can be launched, transported and retrieved ... 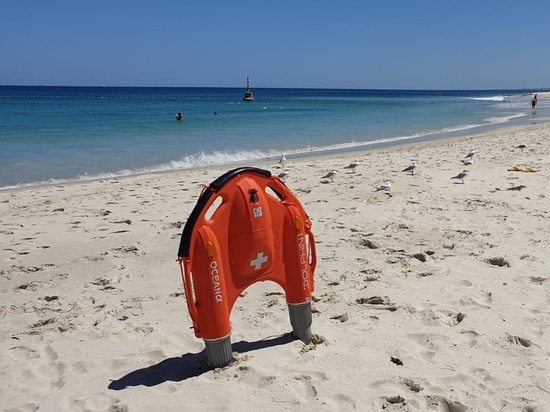 OceanAlpha, a leading AI, robotic, unmanned technology company, officially announced its participation in the 20th Oceanology International (OI2020), held from March 17 to 19 in London, UK. The company will showcase its star products led by the latest launched high-end unmanned surface vehicle(USV), the M40P long-endurance multi-function USV. The 5-meter-long M40P is ... 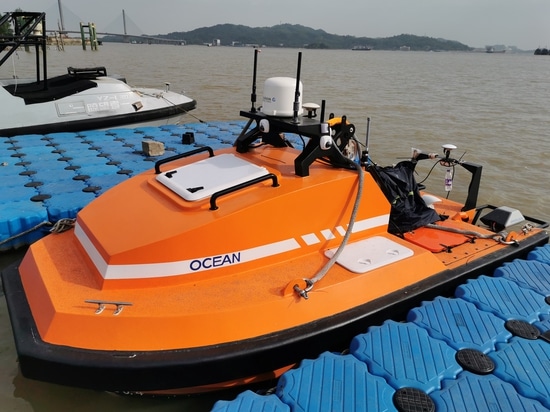 The setup of mooring lines has never been a easy task. This seemingly simple action often requires vessels for transportation, which has high labor costs and low efficiency. Recently, a passenger port in Zhuhai, China has created a new solution for long distance line deployment using a new type of small water-jet board. Earlier this month, Zhuhai Jiuzhou Port carried ... 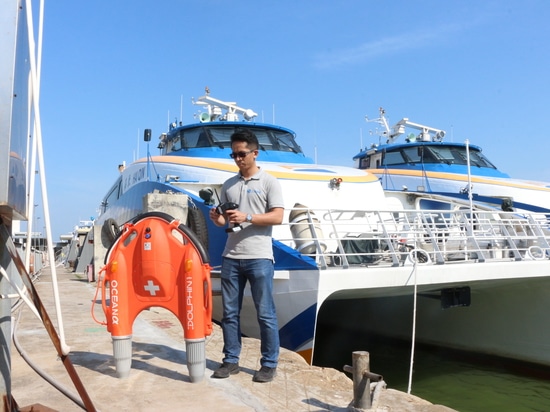 Senator for Economic Affairs Michael Westhagemann and Jens Meier, Managing Director of the Hamburg Port Authority (HPA), Rike Verheye from the HPA Hydrography christened the yellow drone. According to HAP, Echo.1 will be able to travel up to six hours at a time in the harbor to improve the understanding of the water depths and provide information about the condition o... 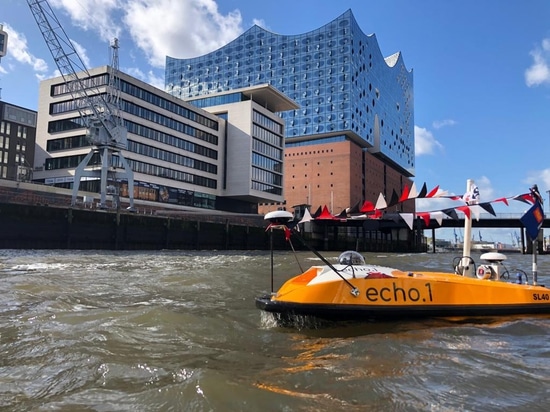