Costa Concordia captain Francesco Schettino has been found guilty of manslaughter and sentenced to 16 years in prison.

The verdict comes more than three years after the cruise liner hit rocks off the Tuscan island, Giglio, and sank, killing 32 of the 4,200 passengers on board.

Prosecutors had sought a 26-year sentence for the captain who was described as a “reckless idiot”, but he was given 10 years less.

Francesco Schettino was at the helm of the doomed vessel when it crashed into rocks in January 2012, but has always denied the charges against him.

Throughout the trial he was accused of taking the ship too close to shore and abandoning the Costa Concordia while others were still on board.

The 54-year-old was not present when Judge Giovanni Puliatti read out the verdict on Wednesday, and it’s been reported that he’ll be appealing the decision.

Schettino avoided immediate arrest and is expected to remain free, pending his appeal, meaning it could be years before he begins serving his sentence.

The Costa Concordia captain was sentenced to a total of 10 years for multiple manslaughter, five years for causing the shipwreck and one year for abandoning his post.

The wreckage of the Costa Concordia was finally re-floated in August last year, before being towed to Genoa for scrapping, making it the most expensive maritime salvage operation in history.

However, survivors of the wreck, the Tuscany region and Giglio are suing the company for further damages. 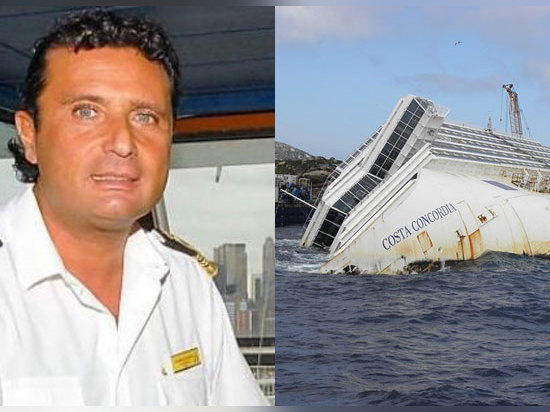