A Cumbrian sailor has recently become a professional yacht master at the tender age of 18, making him one of the youngest ever to do so.

Dominic Jackson, described as a natural sailor by his family, is celebrating the achievement after completing a gruelling 18-week course on the island of Cumbrae in Scotland.

Dominic, who is registered disabled, having been born with only one hand, sailed throughout the night up the east coast of the Isle of Bute with two others to achieve the title.

While on board, Dominic had to rely purely on his own skill and calculation as no technical assistance was allowed.

Having sailed since the age of 10, the youngster is now set for a life on the seas after qualifying as a skipper.

“The course is very intense and involves all aspects of learning, from skippering a boat, to the theoretical elements, such as navigating and meteorological testing.

“Dominic was an exceptional candidate and we applaud him on his achievement. Passing this aged 18 is pretty much as young as you can get.”

Dominic’s father Chris Jackson spoke proudly of his son, saying: “He has worked extremely hard and his qualification is an extraordinary achievement, particularly for someone so young.” 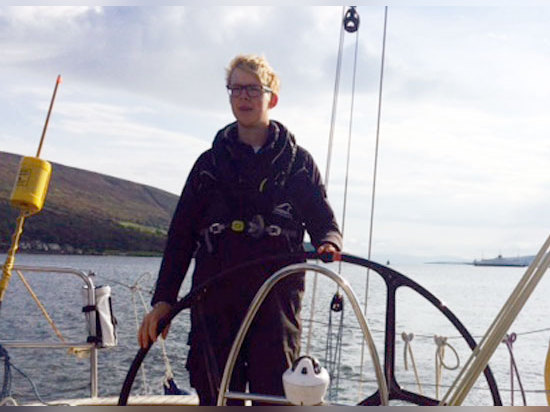