After being outbid on his dream boat, our Born Again Boater Nick Burnham gets a second chance

‘This whole boat buying sage is starting to unravel’ I muse, staring for the umpteenth time at a sea of sub £10,000 boats on the Internet, none of which can hold a candle to that Skibsplast.

Should I have just paid the owner what he wanted after he reduced the price? Someone clearly thought it was worth more.

It’s a fortnight since I was outbid, and I look at the details online again, despite the knowledge that I really shouldn’t torture myself. It is a brilliant boat but it will take time and money to get it up to standard. I know my offer was right.

As I gaze at the photos on Parkstone’s web site it occurs to me that the boat is still showing ‘Sale pending’, not ‘Sold’. I wonder…

I put a call into Claire Mein, Parkstone’s yacht broker (pictured right). The boat has had its survey, she tells me, and is having its engine inspection today.

The buyer will have the results within a couple of days and a decision will then be forthcoming.

I let her know I’ve not found anything else (beyond an absolutely stunning diesel engined Sunseeker Mustang that I can’t afford, but nearly buy anyway). She promises to let me know if anything changes.

Which, incredibly, two days later it does! The buyer has received both surveys, there is a whole litany of small issues and he’s pulled out! Better yet, as the surveys are of no further use to him he’s happy for the broker to share them.

(An important point here, if you use someone else’s survey the surveyor has zero responsibility to you if it proves he’s missed something. His only responsibility is to the person that actually commissioned the survey).

Could it really be this easy? No of course not, the vendor has had enough faffing about with offers lower than he wants and buyers that don’t buy and has decided to take the boat off the market. Dammit!

I’m not giving up that easily, and ask Claire if she would be kind enough to email me the surveys. It’s exactly as I thought, there are about thirty issues that require addressing, but fundamentally the boat appears sound. And now I don’t need to budget for a survey…

I stack the survey cost to my last offer, round it up for good measure and ask Claire if she will put it to the vendor, and tell him that I would like a sea trial, but if it goes ok I will pay in full, in cash, on the day. She does. He accepts. We are on!

Set sail for a sea trial

We arrange the sea trial for Saturday. I want the trial for two reasons. The first is that, although the boat has been run, it seems no one has actually taken it to sea and run it hard – a fairly fundamental test.

And secondly, I might simply not like it. It might be too noisy, too slow, have terrible sea keeping, struggle to get onto the plane. Who knows?

It always amazes me that people buy anything without actually trying it to ensure they like it. I need to know that the boat will do what I expect it to do, which is reach 25 knots and cruise at 20 knots.

Saturday dawns clear, calm and sunny. Perfect. We arrive a good hour before sea trial which gives me a chance to have another really good look around the boat. After all, I’ve only seen it once. It’s still a bit tatty, a bit unloved, and a whole lot perfect for my needs.

At 1pm there’s enough water to launch. The boat is hoisted by what looks like an oversized forklift truck and lowered carefully into the water. It floats! Good start.

Talking of starting, it does, right on the button. Alex, Parkstone’s engineer, is our chaperone and takes the helm, threading the boat through narrow channels out into the deeper water of Poole Harbour, where we skirt Brownsea Island before passing the chain link ferry and heading for open water.

Once clear of the fairway Alex builds the revs and the Skibsplast picks up speed, rising easily onto the plane. I’m stood at the back, ears pricked for erroneous noises, eyes glued to the transom looking for problem signs like black smoke. There are none, the boat runs beautifully.

One of the many things not working is the speed log so I’ve brought a handheld GPS. (The tacho doesn’t work either, nor the trim gauge. Or the fuel gauge). It’s reading nineteen knots.

We stop and I take the helm. There’s a problem with the steering, it’s heavy and notchy; probably wants bleeding, but it steers ok. I lean on the throttle and power the boat back onto the plane, heading for Old Harry.

The boat rides superbly, soft riding and dry. There’s one more test to do and, with the engine now fully warmed through, I wind the throttle to the end stop, alternating my gaze between the water ahead and the few working gauges. The temperature climbs incrementally and then steadies, well within correct tolerance.

I glance at the GPS – 26 knots. There isn’t much wrong with this. I arc the boat into a sweeping turn and blast back in toward Poole Harbour feeling absolutely elated! It. Is. Fantastic! One more challenge left, it’s gone 2pm and the bank shuts at 3.

Back on the dock we race to my waiting car and head into town. We have twenty minutes, I don’t know exactly where the bank is, and we get stuck behind the road train. Aaaargh!

At the car park I abandon the car in the first bay I find and we run to the lift, tumbling out into the shopping arcade, hunting down the bank. With four minutes to spare the cashier counts out the sealed bags of twenty pound notes and tops it up with 12 fifties.

Forty minutes later Claire has the money in the safe, and I have a fresh Bill of Sale in one hand, keys in the other. The Skibsplast is mine! 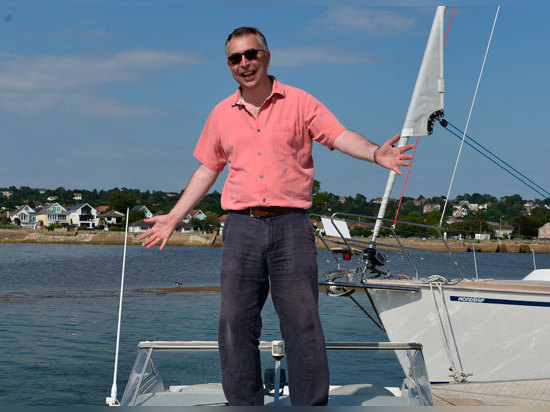 Nick stands atop his dream boat, but which model did he plump for? Credit: Nick Burnham 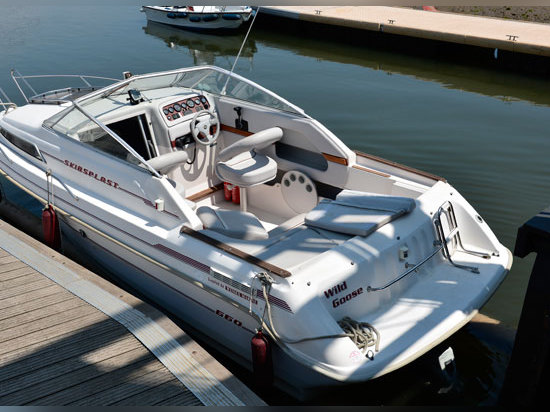 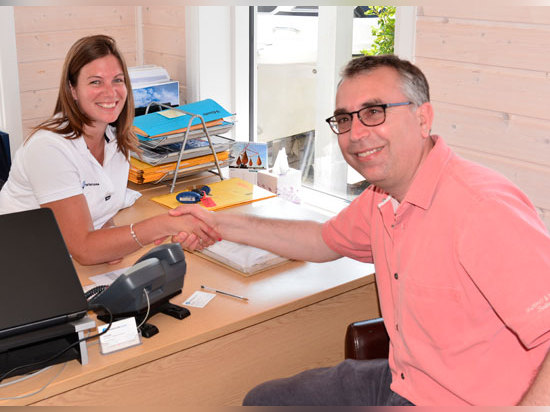 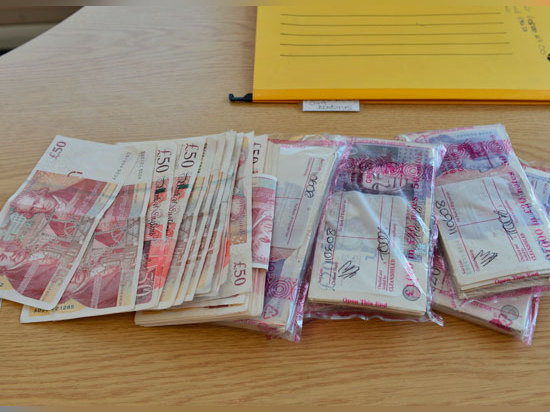