Yachtsman of the Year should get more recognition

In his latest blog, racing correspondant Ray Bulman argues that the winner of the Yachtsman of the Year award should get more widespread recognition

The annual Yachtsman of the Year Trophy (YOTY) presented by the Yachting Journalists Association (YJA) must be the ultimate recognition for achievement afloat.

However I do feel in today’s world ‘yachtsman’ should be replaced by ‘yachtsperson’ as it’s been presented to both genders on more than one occasion.

‘Yacht’ is also a misnomer because the rules for the award cover all water-borne pursuits both sail and power.

It was first presented by the Daily Express in 1955 under the leadership of Sir Max Aitken to international yachtsman Eric Hiscock for his various circumnavigations in the days before cheap flights put the paradise of the South Seas virtually within reach of all.

Deep water cruising was still very much a lone adventure, long before communication with other voyagers and home itself became a flick of a switch.

Six Max, himself a leading international yachtsman and twice winner of the trophy, handed the responsibly for the award to the Yachting Journalists’ Association when the Daily Express newspaper group was sold in 1979.

It’s since grown into the sport’s annual accolade for achievement afloat with a whole host of winners from all walks of seagoing life.

Many well known yachting personalities have their name engraved on its base but some achievements are not so easy to recognise.

One that comes to mind is Major Ewen Southby-Tallyour of the Royal Marines who, paddling a kayak, charted inlets and coves of the Falklands later used by British forces against its invaders in 1982.

Another was David Cowper (pictured above) who, over a three-year period, single-handedly skippered a converted RNLI lifeboat through the North West Passage.

I personally feel these great achievements deserve far wider recognition. Indeed, since 1993 the presentation has been accompanied by an equally well-earned Young Sailor of the Year trophy.

Sir Ben Ainslie, its young winner in 1995, later progressed to international fame at events at the Olympic Games (right) and Americas Cup and went on to win the senior trophy on three occasions, but who hears about these achievements outside the YJA?

Winners of both awards are voted for by YJA members. Those members of general boating public who are aware of its existence can also submit their own nominations, although the final decision rests with the association.

The winner has, for many years, been chosen and announced during the London Boat Show, but I feel this could be a big mistake and one that loses out on publicity both for the trophies themselves and their winners.

London and Southampton boat shows are usually opened by some form of celebrity, ranging from pop singers to TV stars and footballers but their connection with the boating world is usually minimal.

What better accolade could the winners of the YOTY and Young YOTY achieve than to open the London and Southampton Boat Shows?

Not only would this save the organisers the high fees of a celebrity, but it would provide a true connection between the sport/past-time and the industry that relies entirely on its winners and their like for marketing success. 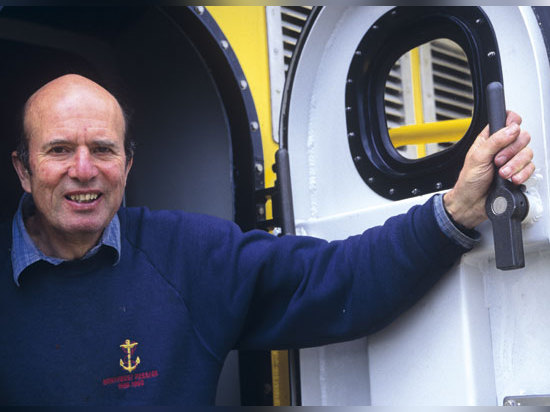