Police name man who died in a Plymouth marina

Police have named a university student who died in a Plymouth marina on Sunday as James Webb.

Officers recovered the 21-year-old’s body after reports that someone was floating in the water at Sutton Harbour Marina around 6.15am.

Paramedics attending the scene treated Mr Webb before taking him to Derriford Hospital where he was sadly pronounced dead.

Officers are currently investigating how the student from Cheshire came to be in the water and are treating his death as unexplained.

The authorities are now appealing for anyone who may be able to help them with their enquiries to come forward.

Detective inspector Ian Reid said: “This is a tragic incident and we would like to offer our condolences to the family.

“We are trying to establish the circumstances surrounding James’ death. He was last seen in North Hill by the Bang Bang nightclub at around 3am but we do not know where he went after that. He is described as 5ft 7ins and wearing a red, blue and green small checked shirt and jeans.

“We would like to speak to anyone who saw James as he walked around Plymouth in the early hours of Sunday morning.”

Mr Webb was studying civil engineering at the local university and was described as a promising student.

Plymouth University’s dean of students Dr Maureen Powers said: “We are doing everything possible to support those affected at this difficult and incredibly sad time.”

Anyone who saw Mr Webb or has information that could help is being asked to contact police on 101, quoting reference 168 of 18 January. 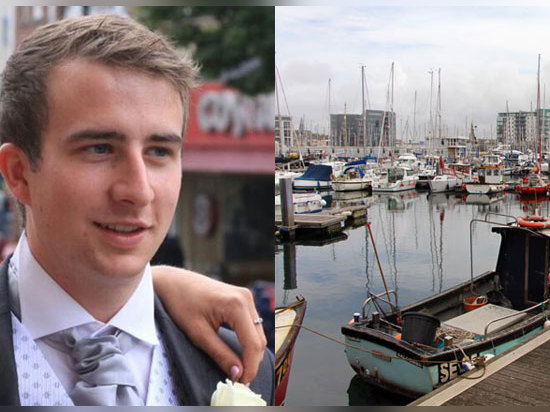