Sealine has announced that the launch of the Sealine F530 will finally happen next month at the Palma Boat Show (April 28 – May 2).

The hotly anticipated new model is the largest to be built since the British brand was bought out by the Hanse Group in 2013 and production relocated to Greifswald in Germany.

Initial renders emerged in June last year and the Sealine F530 was originally due to be launched in late February at the Istanbul Boat Show, but this plan has been pushed back by two months.

Sealine hasn’t given an official reason for the delay, but we now know that the F530 will come fitted with twin IPS600 engines for a top speed of 26 knots.

Andrea Zambonini, product manager at Sealine, said: “Our mission for this latest addition to the range was to create the true feeling in terms of spaciousness, and innovations.”

He adds that this has been achieved through the bow-end dinette, double-length hull window design and general ease of access between the saloon and the foredeck.

Prices are yet to be confirmed, but models will be available for import via Sealine’s UK dealer network, which is headed up by TBS Boats. 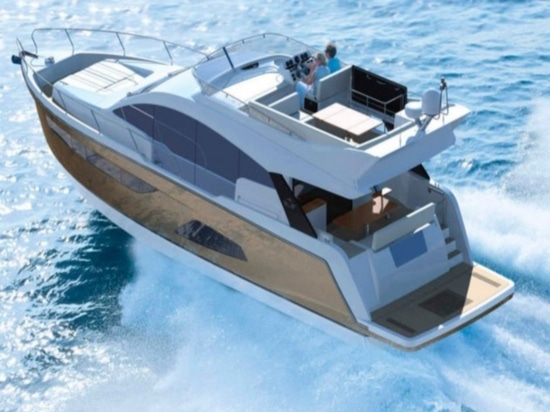