TBS Boats is the latest exhibitor to confirm its attendance at the London On-Water Boat Show, with the dealer bringing along a Sealine S330

The line-up for the London On-Water Boat Show has grown once again, with the news that TBS Boats will be exhibiting a Sealine S330.

The Thames-based brokerage firm (formerly Thames Boat Sales) will be making their debut at the St Katharine Docks event from May 4-7.

And they will be bringing along the award-winning Sealine S330 (pictured above), which scooped the top prize in the Sportscruiser under 45ft catefory at the 2016 Motor Boat Awards.

One of the first models to be built in Germany under the stewardship of the Hanse Group, the Sealine S330 isn’t the only Motor Boat Award winner due to go on display at the London On-Water Boat Show.

As we reported last month, the Sunseeker Predator 57 will also be on show, as part of Sunseeker London’s exhibit.

Other confirmed models include the Spirit P40 Coupe, Fairline Targa 38, XO 360 and Princess 72, as well as a wide selection of used models.

Advance tickets for the London On-Water Boat Show are on sale now, with prices starting at £9 per adult, while combined tickets to visit the London Yacht, Jet and Prestige Car Show at Old Billingsgate as well cost £18 in advance or £27 on the door. 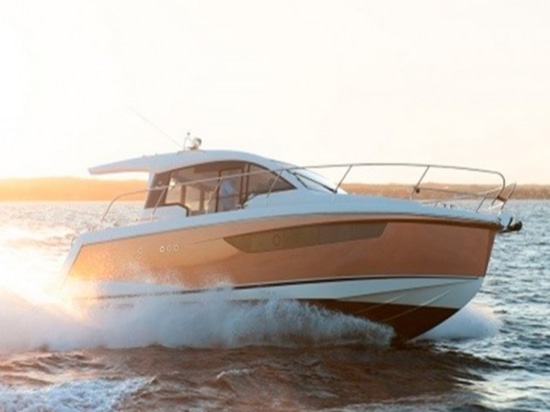