The line-up for the 2016 London On-Water Boat show has grown further with the news that Spirit Yachts will be bringing its P40 Coupe to St Katharine Docks.

The elegant launch (pictured above), which made its public debut at last year’s Cannes Yachting Festival, will be going on display alongside Soufrière, a Spirit 54 sailing yacht that starred in the 2006 James Bond film Casino Royale.

Nigel Stuart, managing director of Spirit Yachts, said: “London on Water is in a fantastic location and is the ideal platform for us to engage with the capital’s residents and affluent business community.”

Based in Ipswich, Spirit Yachts was founded in 1993 and its collection ranges from 35ft to 100ft.

Meanwhile, Motor Boat & Yachting has been confirmed as an official media partner of the 2016 London On-Water Boat Show, meaning you will be able to pick up free copies of the magazine at this three-day event, which runs from May 4-7.

As well as the Spirit P40 Coupe, other confirmed models include the Fairline Targa 38, Princess 72MY, Sunseeker Predator 57, and our March edition cover star, the XO 360.

Advance tickets for the London On-Water Boat Show are on sale now, with prices starting at £9 per adult, while combined tickets to visit the London Yacht, Jet and Prestige Car Show at Old Billingsgate as well cost £18 in advance or £27 on the door. 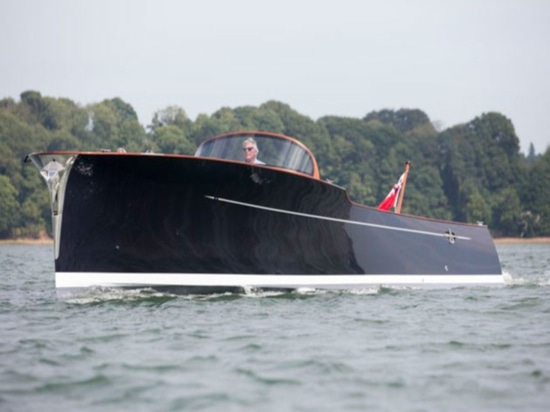