The Good, the Fast and the Ugly

The scow bow is making waves in ocean racing, even if some recreational sailors find it unaesthetic

The 2015 Transat 650 featured several boats with fuller bows, which increase stability, ride over rather than through waves and offer increased room belowdecks. Improved stability makes it possible to carry more sail for greater speed. Such boats are particularly good upwind. Designers and racing skippers alike are attracted to the scow bow for its performance advantages. But the importance of aesthetics in the leisure market may slow adoption. The configuration is a real contrast to the sleek lines favored by many, despite the added comfort it can offer. 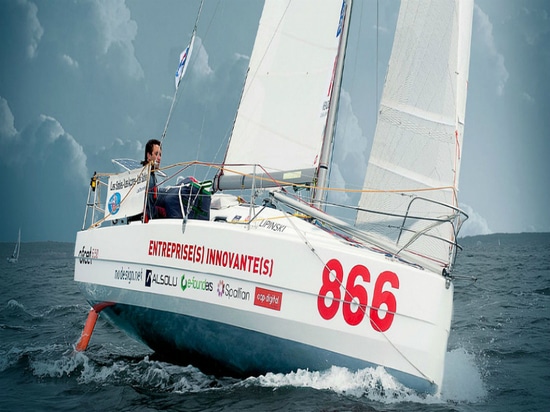