In a highly competitive field of Clipper Race skippers, Nikki Henderson will set a new record, taking on the leading role at just 23.

At the start of the 2017-2018 Clipper Round the World Race, twelve skippers will take to the line for the grueling circumnavigation. A diverse pool of sailors from around the world will lead teams this year, including two female skippers, several race veterans and host of young athletes. Only one of these skippers, however is set to make Clipper Race history, Nikki Henderson.

Henderson, at just 23, will set a race record as the youngest ever professional skipper to lead a team in the 40,000-nautical mile round-the-world race. Despite her age, Nikki has made a name for herself in offshore sailing, skippering three ARC races across the Atlantic, twice winning the Youngest Skipper Award. She has also taken on the RORC Caribbean 600, two Cowes Weeks, co-skippered two Fastnet campaigns, and sailed over 10,000 miles in offshore deliveries. As an RYA instructor for over three years she has already taught over 200 students and also launched a Sailing and Watersports centre in Denver, Colorado.

Already a daunting race, Henderson, when asked if feeling any added pressure to perform, said, “there is pressure for all of us to perform, but I am confident in my experience skill level and maturity.”

Clipper Race Founder and Chairman, Sir Robin Knox-Johnston weighed in on the importance of the job the skippers will undertake, saying, “the role of Clipper Race Skipper is one of the toughest, but most rewarding jobs that exists in sailing. Not only do you have to be a highly capable sailor to be able to complete the relentless challenge of circumnavigation, you also have to be an excellent instructor and leader."

The twelve skippers are now working full-time at the Clipper Race HQ in Gosport, Hampshire, where they are leading the intensive crew training courses and making necessary race preparations. With over 700,000 NM logged between them, the team leaders are looking forward to passing on their knowledge and expertise to their crew. 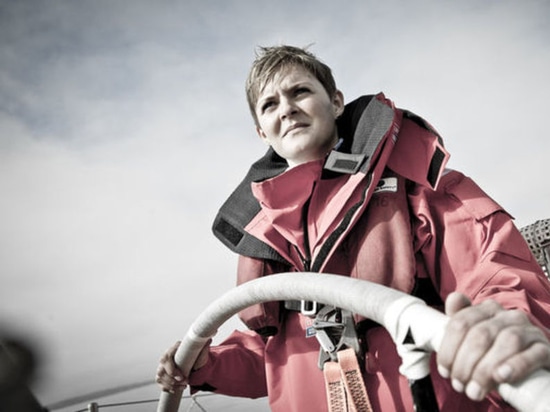 Nikki Henderson prepares for the 2017-2018 Clipper Round the World Yacht Race.