Since 1973, the Volvo Ocean Race has provided the ultimate test of a team and a human adventure like no other. Over four decades it has kept an almost mythical hold over some of the greatest ever sailors – and the 2017-18 edition will take the teams 46,000 nautical miles around the world, across four oceans, touching six continents and 12 landmark Host Cities.

The Volvo Ocean Race is often described as the longest and toughest professional sporting event in the world, sailing’s toughest team challenge and one of the sport’s Big Three events, along with the Olympics and America’s Cup.

To truly understand the race, though, it’s better to think of it in terms thousands of sailors who have taken part over the years will recognise immediately.

Put simply, the Volvo Ocean Race is an obsession, and many of the world's best sailors have dedicated years, decades even, in trying to win it.

Take Sir Peter Blake, who competed in the first edition of what was then the Whitbread Round the World Race in 1973-74 and came back again and again until he finally conquered his Everest, securing an overwhelming victory with Steinlager 2 in 1989-90. Only then was he able to fully turn his attention to other projects.

The race sits, just as it always has, at the intersection of human adventure, and world class competition. Thanks to the work of the Onboard Reporters embedded with every team, fans are given a unique insight into just what it takes to win a race that is relentless in its demands – as teams of sailors give everything they have, 24 hours a day, in pursuit of the tiny advatnages that can make all the difference.

Because make no mistake – the competition is fierce. In the current era of One Design racing, the only way to win is by sailing harder, and smarter, than your competitors. The race is won out on the water; not in the design phase.

There is no prize money for the winners, but seeing your name etched into one of the silver rings of the Volvo Ocean Race Trophy is a prize beyond compare for sailors who grew up with dreams of emulating the legends of the race – heroic figures who dedicated their professional lives to chasing victory – people like Blake, Eric Tabarly, Conny van Rietschoten, Grant Dalton, Ian Walker.

The race’s concept is simple: it’s a round-the-clock, relentless pursuit of competitive edge and the ultimate ocean marathon, pitting the sport’s best sailors against each other across the world’s toughest waters.

Racing one-design Volvo Ocean 65s, the world’s best professional ocean racers drive themselves to out-work and out-perform their competition around the globe.

It’s relentless: the importance of winning, the adventure of life on board, the transformative effect on the sailors — all of these combine to give the race its power and depth.

In 2017-18, there is a renewed emphasis on the Southern Ocean and a new set of rules too – incentivising mixed crews of male and female sailors and more strategic innovation out on the racecourse.

A total of 2.4 million people visited the Race Villages in the last edition, to get a first-hand taste of the race. Tens of millions more followed the action online , and this time fans will be able to get even closer in person and online, with a newly imagined pit lane experience at the Host Cities and more live updates from the boat than ever.

After 12 editions and half a million miles, racing resumes again on October 22 when the teams set sail from the home port of Alicante.

Abu Dhabi Ocean Racing, winners of the Volvo Ocean Race 2014-15, lifting the trophy at the dock in Gothenburg!

The first edition of the race was staged in 1973-74. A total of 19 teams entered and the course took them 27,000 nautical miles around the world over four legs: Portsmouth-Cape Town-Sydney-Rio de Janeiro-Portsmouth.

There have been 12 editions of the race to date, staged every four years at first, before the cycle moved to every three years from 2008-09.

Volvo Car Group and Volvo Group have been owners and title sponsors of the Volvo Ocean Race since the 1997-98 edition.

167 boats have taken part in the 12 editions of the race to date.

43 different nationalities have been represented.

The one-design Volvo Ocean 65 monohull was introduced for the 2014-15 edition. The same seven boats from 2014-15 will be used again in the next race after an extensive refit process at the Volvo Ocean Race Boatyard facility in Lisbon. An eighth boat is being built at Persico and will be raced in 2017-18.

The course comprised nine legs, sailed over nine months, and over a distance of 38,739 nm. Seven teams took part.

A total of 13 Olympians competed in the race and the crews boasted a total of 19 World Championship titles between them.

The introduction of the Volvo Ocean 65 class created a level playing field and closer racing than ever seen before. Six out of seven of the teams won an offshore Leg and an In-Port Race.

Dongfeng lost their mast on the leg from Auckland to Itajaí – the only dismasting in the race.

Team Vestas Wind was wrecked on a reef in the Indian Ocean but rejoined the race from Lisbon onwards after a huge rescue, retrieval and rebuild operation.

A total of 2.4 million people visited Race Village around the world.

It will feature almost three times as much Southern Ocean racing, around 12,500 nm, as in recent editions.

The Race will start on 22 October 2017 from Alicante and finish eight months later in The Hague.

Women in the Volvo Ocean Race:

For the 2017-18 edition, the race has introduced rules that give teams a major incentive to include women as well as men.

All-male teams will be limited to seven sailors for this edition, but teams can also name 7 men plus 1 or 2 women; 5 men and 5 women; or 11 women on an all-female crew.

Clare Francis became the first female skipper in the 1977-98 race.

Tracy Edwards and her crew of Maiden became the first all-female team to compete in 1989-90. 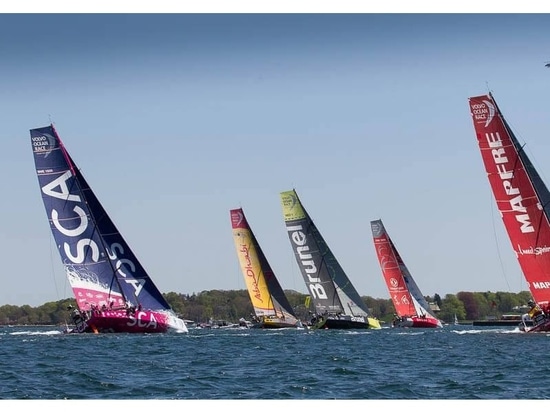 Mapfre and Dongfeng have confirmed their return to the 2017-2018 race, with a new team, AzkoNobel making three entries so far. 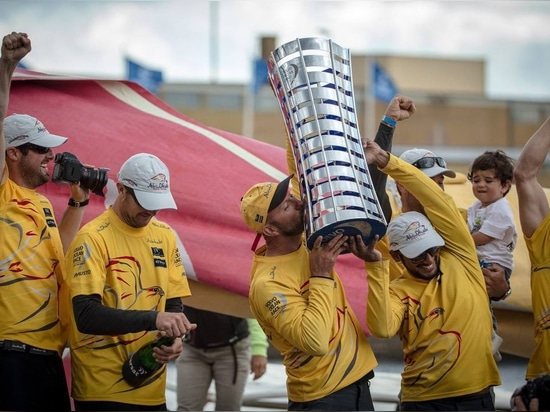