The Mayflower Autonomous Research Ship takes high-tech to the high seas. In 2020, it will be the first full-sized craft to cross the Atlantic without a single person aboard.

It was in late 1620 that the converted Dutch cargo ship Mayflower made its famous ocean crossing, carrying 102 pilgrims and a crew of about 30 from England to Cape Cod, Massachusetts on the east coast of the US.

Nearly 400 years later, a group of maritime designers, boat builders and scientists is preparing another vessel for its maiden transoceanic voyage of discovery. But there’s one major difference—when it sets sail in 2020, this boat will be completely unmanned.

While aerial and underwater drones have already crossed the Atlantic, the 32.5-meter-long, 16.8-meter-wide Mayflower Autonomous Research Ship (MARS) will be the first full-sized craft to cross from shore to shore without a single person aboard. Intended to commemorate the initial Mayflower voyage, the revolutionary trimaran will leverage the latest in solar, wind and wave technology, giving it almost unlimited range. 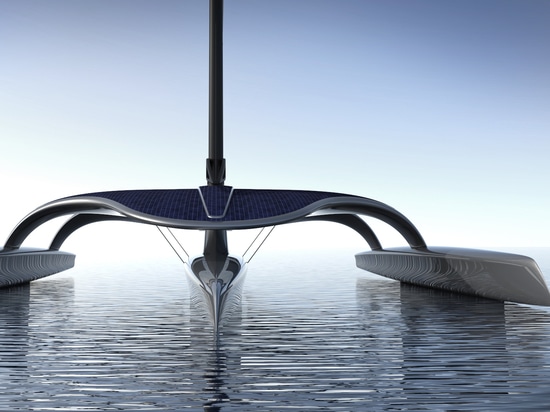