In conversation with Malcolm Mckeon

The latest innovation to come out of Malcolm Mckeon’s design studio is the BlackCat concept, which was first announced as a 50m concept, and has now been followed up with a 35m version.

“When we released the 50m BlackCat concept, there was a lot of interest and we had many people asking about a smaller version,” McKeon explains during the St Barths Bucket. “Ideally we want to build the 50m but being all carbon it is a costly project, hence the new 35m concept.”

The heightened interest in the concept, Mckeon believes, comes down to the basic characteristics of the catamaran design. While it can be very difficult to move around on a monohull sailing yacht when the boat is heeling over, these catamarans have been limited to a heeling angle of six degrees and are, therefore, a more comfortable platform under sail.

“Also the lack of roll compared to what you experience on a monohull makes it much more comfortable at anchor, together with the reduced draft that enables the boat to get closer to the beach,” he adds.

As with the BlackCat 50, Mckeon is trying to incorporate more glass into all his designs. This trend, which has also been seen in the motoryacht sector, creates a greater connection with the marine environment and allows for more natural life. While glass is a heavy material, more ways are being found to make it lighter and stronger at the same time.

As well as being busy with the recent launch of the 32.5m performance sloop Ribelle from Vitters and a new signing for a 34m sailing yacht at Baltic Yachts – an innovative lightweight project for an experienced client that intends to sail in regattas and cruise the world – Mckeon has some exciting projects on the horizon.

“We have a 40m project that is close to signing with a shipyard, a 56m all-carbon project that has just gone out to tender, and a 68m project that will go out to tender shortly,” says Mckeon. “I am also working on two flybridge projects a 50m and a 72m, so there is potentially a quite a bit happening.”

One of the factors driving this recent uptick in new build sailing projects, Mckeon believes, is a lack of secondhand sailing yachts on the market at the moment. “There was a bit of a glut a few years ago, but they are all gone now and, a potential owner can no longer find a 40 to 50m sailing yacht on the secondhand market,” he concludes. “So they are having to bite the bullet and build.” 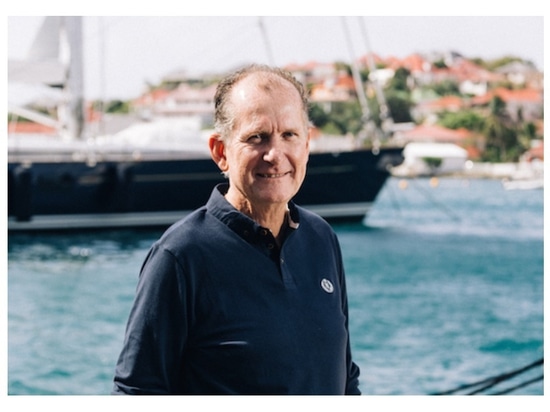