UK-based Delta Power Group launched its inshore 480 rescue RIB for independent lifeboat stations in the UK and Ireland at Seawork 2017.

The vessel has been designed as an equivalent to the RNLI’s D class vessels and has features not included on other rescue RIBs of its size, claims Delta.

Delta’s technical director, Rob Taylor, said: “It has a folding A-frame so it can pass under low bridges, while keeping a high gain when the tide is low on inland waterways including estuaries and rivers.

“It has full GRP console over the bow which enables rescues to be performed over the bow when they (crew) come alongside cliff faces and heavy swell.

“There’s a need among independent stations to replace their current boats. So, this has been developed for that reason.”

Fitted with a 50hp outboard engine, the 480 can accommodate up to four crew and achieve a maximum speed of 23 knots.

It is designed to be self-righting with a post-immersion restart option and Delta stated it is crafted to be damage resistant with a low maintenance composite hull and deck.

The RIB has already been in service with Severn Area Rescue Association and Delta hope to supply the vessel to as many independent lifeboat stations as possible. 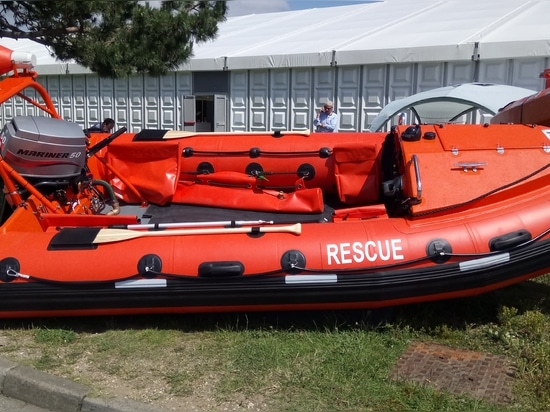