The seasonal service linking Reenard Point on the mainland to Knightstown, Valentia, takes just under five minutes to cross. Last year 100,000 cars were transported on the 15-car/95-passenger ferry service that totalled to around 250,000 commuters and tourists.

Islanders say that tourism would collapse if the Irish Government do not assist funding to replace the 53 old ferry with a larger 18-car newbuild costing three million euros to a design of an Isle of Wight-based naval architect.

Valentia Island Ferries, established by islanders in 1996, can contribute a million euros and are committed to have the ferry built at an Irish yard and be ready for season 2018.

Originally, God Met Ons III ran for Dutch owners on the River Maas, but was sold to become the first ever Valentia serving car-ferry.

Previously, a cargo boat service ran followed by a bridge built in 1970 linking the south side of the island to Portmagee on the mainland.

Despite the bridge, the ferry route shaves off 13 miles the distance to Cahersiveen, the nearest mainland town.

The loop created by both bridge and ferry has been boosted in recent years with the Wild Atlantic Way, a new tourism campaign. Jehan Ashmore 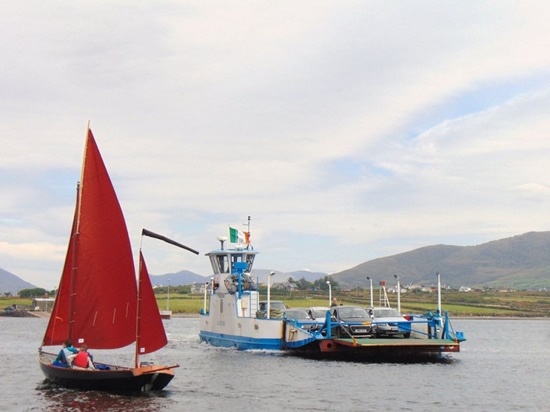