A few months after the arrival of Maersk Elba (13,092 TEU) followed by a few more of Maersk’s mega container ships, MSC sets a new record for Israel with its first mega boxboat ever to arrive to Haifa Port’s state-of-the-art Carmel Terminal.

MSC Cristina (13,259 TEU), part of the weekly service operated by the 2M Alliance (Maersk and MSC), links ports in South Korea, China and Singapore to Haifa Port, and from there continues to the Adriatic ports. She entered the Carmel Terminal on sunrise on 12 May 2017, where she was serviced by four STS cranes with an average productivity of 120 containers per ship hour.

In order to prepare for the arrival of such vessels, two new Kocks STS cranes were built at the Carmel Terminal, with arms suitable for transporting 20 + 1 lines of containers across the ship. These were constructed on the dock and are now fully operational, joining six other STS cranes in the terminal. Three new Konecranes RMG cranes have been added at the storage area of the terminal, where they complement an existing 15-crane array.

Eshel Armoni, Haifa Port Chairman of the Board of Directors, commented: “Haifa port in currently the only port in Israel that can host such large vessels, both in terms of infrastructure and operational efficiency. To watch a ship as the MSC Cristina enters our Carmel Terminal makes me feel very proud”. 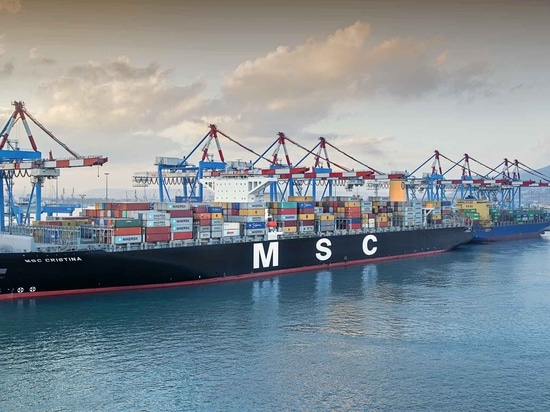