The two vessels, named Cape Naturaliste and Cape Leeuwin after local landmarks, arrived and were officially inaugurated on 5 April 2017. These compact heavy duty tugs have a bollard pull of over 70 tonnes.

That, combined with a top speed of over 12 knots both ahead and astern and a powerful aft winch, makes them ideal for continuous and effective harbour towage activities.

Mackenzie Marine & Towage (MMT) is a fourth-generation, family-owned company and has been the harbour towage operator in the nearby port of Esperance since the 1970s. The company bought its first Damen tug, the ASD 2411 Shoal Cape, in 2006 and a second of the same class in 2013, named the Hellfire Bay.

With MMT already well established in Esperance with the two ASD Tugs 2411 it consulted with users of Bunbury Port regarding their needs. The feedback was that tractor tugs would be preferred and so, by offering two, state-of-the-art ATD 2412 Twin Fin tugs, MMT was able to secure the combined licence for Esperance and Bunbury. 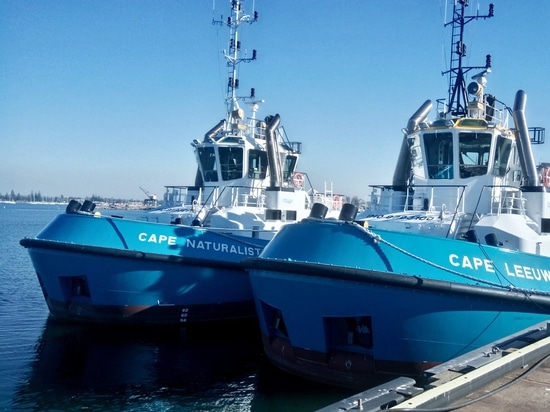