The Offshore Patrol Cutter (OPC) Program reached another milestone on July 21 when Eastern Shipbuilding Group, Panama City, FL, completed its Initial Critical Design Review (ICDR) with the U.S. Coast Guard. The purpose of the ICDR is to verify that the OPC detail design is integrated and internally consistent with U.S. Coast Guard requirements. The next phase in the process is the Final Critical Design Review.

The success of the ICDR culminates what was 10 months of detailed design and was a prerequisite for award of the Long Lead Time Material contract to Eastern Shipbuilding this September.

Calling it a “major milestone,” Eastern Shipbuilding Group President Joey D’Isnernia said, “We will continue to work closely with the USCG to ensure that this positive momentum is carried through the completion of the detail design phase and into the construction phase of the Offshore Patrol Cutter.”

As you might recall, the U.S. Coast Guard awarded a detail design contract to Eastern Shipbuilding on September 15, 2016. Eastern Shipbuilding is now finalizing its design to construct the OPCs that will replace the Coast Guard’s Medium Endurance Cutters currently in service. The contract, which has options to build up to nine OPCs, could reach a value of $2.38 billion. The U.S. Coast Guard plans to build up to 25 OPCs. That could push the value of the contract to $10.5 billion. 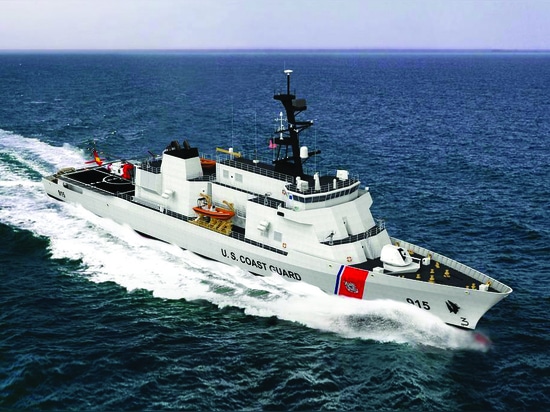