Huntington Ingalls Industries' Newport News Shipbuilding is being awarded a $148,728,722 modification to a previously awarded contract for the purchase of additional long-lead-time materials in support of aircraft carrier Enterprise (CVN 80)

Work will be performed in Newport News, Virginia, and is expected to be completed by January 2024. Fiscal 2017 shipbuilding and conversion (Navy) funding in the amount of $148,728,722 will be obligated at time of award and will not expire at the end of the current fiscal year.

Construction on Enterprise, the third nuclearaircraft carrier in the Gerald R. Ford class, is slated to begin in 2018 with delivery to the Navy in 2027. The new Enterprise will eventually replace the USS Dwight D. Eisenhower (CVN 69) when it enters the fleet. 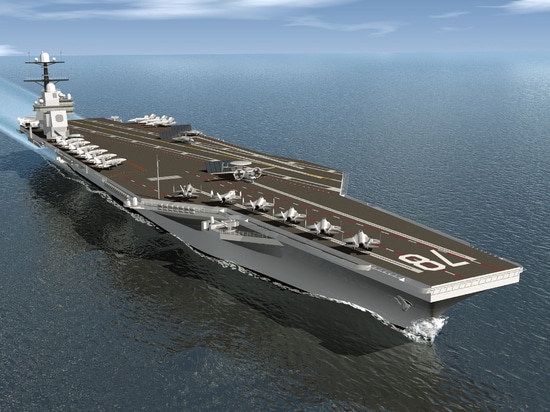