Lenard left Cadiz on January 20 in Scia, a 10 metre “repurposed” sailing yacht designed by Lenard himself and constructed from the remnants of five abandoned projects.

Lenard, 50, is now tasked with sailing the 4,800 nautical mile journey to Miami without the help of a GPS, autopilot or engine.

Navigating the Atlantic ocean entirely by “sight, stars and sun”, Lenard hopes to arrive in Miami to coincide with the Miami boat show, where Scia will be exhibited.

The non-profit solo transatlantic expedition is called La Vite e Vela and has been entirely funded by Lenard in the hope of raising awareness of the worsening state of the world’s oceans. By making the journey completely unaided by technology, Lenard hopes to promote the “pure form” of sailing “where the whole idea is about the wind, nature and a connection with the marine environment.”

In so doing, he hopes the expedition, which has the support of the Ocean Conservancy and Mirpuri Foundation, will prompt “action for trash-free seas and oceans.”

“A yacht now reaching far remote places is discovering the sad state of the beaches, coasts and water,” he said. “Plastic has now reached practically every part of the world’s oceans.”

Lenard will only use charts to navigate once he reaches the Caribbean but the Atlantic crossing will be undertaken completely “blind.”

The journey is being made in Scia, an “ecologically superior modern sailboat”, which Dan described as a “puzzle.”

Scia, meaning wake, is constructed from the discarded parts of five different performance yachts. The carbon fibre hull and deck were built a decade ago for different projects, while the rudder, keel and mast have also been sourced from abandoned new-builds. Only the deck house has been freshly built for the project.

“The boat is completely repurposed and that’s a very important message,” Lenard said. “This challenge is about conservation so it would have been pointless to build a new boat.”

However, Lenard is happy with the result. “Unfortunately for a lot of builders, this boat looks better than a lot of new boats.”

Lenard estimates the trip will take him around 26 days to complete and said he chose the departure date to coincide with the full moon. “For the first few days I want to have bright nights,” he said.

The worst thing about the trip is likely to be the food, with a diet consisting predominately of cereal and powered milk, “a big nice piece of Spanish black ham”, and of course, “some wine and beer.”

All Lenard’s food has been repackaged into containers to ensure there will be no single use plastic or bottled water on board. “It’s all very prepared,” he said. “The only thing I don’t know is the ocean. In that regard, you can plan for seven years or one week and it won’t make a difference.”

Following the expedition, Moran Yacht and Ship will transport Scia back to Europe where she will be used by local environmental organisations to circumnavigate Sardinia and Italy. 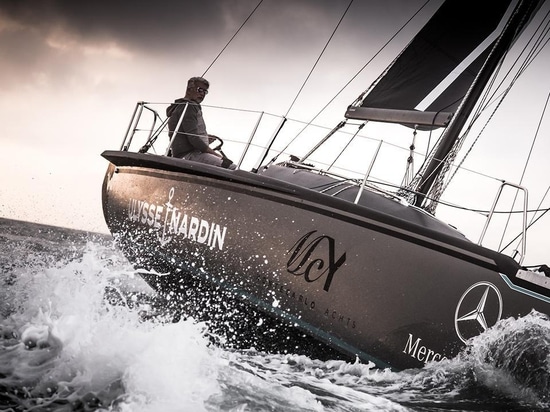 The 10 metre "ecologically superior" sailing yacht was designed by Lenard and took about a year to build. Photos by Tom van Oossanen 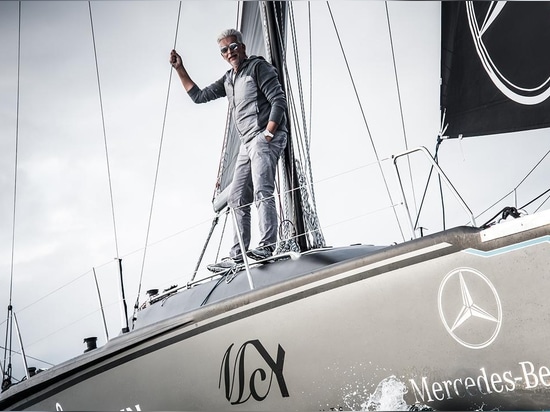 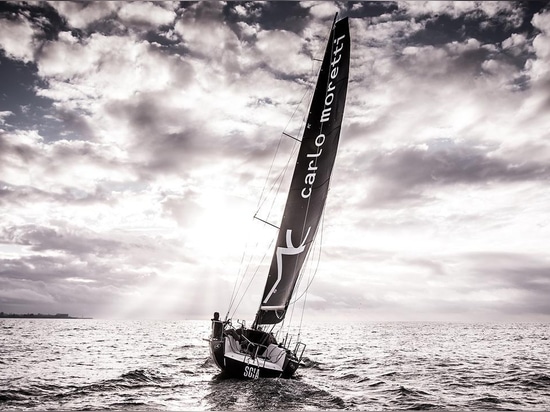