Jean-Luc Van Den Heede wrote his name into the record books by not only winning the 2018 Golden Globe solo non-stop round the world race today, but becoming the oldest in history to complete such a race.

The 73-year old French veteran of six solo circumnavigations takes over both titles from Britain’s Sir Robin Knox-Johnston, the sole finisher of the Sunday Times Golden Globe Race 50 years before. Until the finish gun fired at 09:12 UTC, Sir Robin had held the title as the oldest solo circumnavigator in a race, after completing the Velux 5 Oceans Race in 2007 at the age of 68.

Age is clearly no barrier, for Van Den Heede has led this race ever since rounding the Cape of Good Hope. At one point he and his Rustler 36 yacht Matmut had built up a 2,000 mile lead over second placed Dutchman Mark Slats, until pitch-poled during a ferocious southern ocean storm some 2,000 miles west of Cape Horn. He and his yacht survived the ordeal but when she righted herself, Jean-Luc was devastated to find that the pressure on the bolt holding the lower shrouds had torn a 10cm long hole down the mast section.

His first reaction was to head north to the Chilean port of Valparaiso to replace the mast, which would have put him out of the running for the main prize, but two days later, he had worked out a way to repair the damage and headed back towards Cape Horn once more under reduced sail.

Slowly but surely, Mark Slats narrowed the lead, regaining 500 miles by the Horn, and by the Azores, Van Den Heede’s advantage was less than 50 miles in terms of distance to finish. But then the French veteran showed his experience, delivering a master class in ocean racing tactics to pull back a 400 mile advantage over his 41-year old rival.

Sir Robin Knox-Johnston, one of the first to welcome Van Den Heede at the finish, said: “Jean-Luc is to be congratulated for a magnificent performance, made all the greater by the jury repairs he had to make to his mast to stay in the Race. I’m sorry to lose my record as the oldest to race solo around the world, but it couldn’t go to a better person.”

Race Chairman Don McIntyre, who was inspired by Knox-Johnston’s achievement in winning the first solo race back in 1968/9 to organise this 50th anniversary event, was just as ecstatic: “How fantastic. What a win for Jean-Luc. He has proved that age is just a number. Jean-Luc’s performance is a classic example of planning, preparation and execution. This has been a great celebration for adventure and resurrecting the history of the original Sunday Times Golden Globe Race.”

A joyful Jean-Luc Van Den Heede said: “Before the knockdown, I had a 2,000 mile lead but the repairs cost me a week which cut the lead back by 500 miles. Then, once back in the Atlantic, Mark Slats kept nibbling way at the distance and became a real threat. At the Azores, my one option was to go north as fast as I could, and a day after making that tack, Slats followed me. I could see from the weather forecasts that he was heading directly towards the high pressure system there, and a day later he was cooked. He is still cooked now – and I am here!”

More than 100 vessels ventured out into the cold wet January weather to welcome Jean-Luc back to his home port, and the entire town of Les Sables d’Olonne, including classes of school children, braved the conditions to line the harbour walls and give their hero the warmest of welcomes.

The Golden Globe Race is unique in the fact that all the yachts are traditional long keel cruising boats between 32-36ft long. Skippers must rely on sextant, chronometer and paper charts to navigate by and can receive no outside assistance. Second placed Mark Slats, who has been penalised for receiving information directly from his shore manager yesterday, called Race HQ at 15:00 UTC seeking an update on the approaching storm predicted to blow into the Bay of Biscay on Thursday. This Low pressure system has changed direction over night and is not now expected to impinge on the course, so Slats has altered course away from refuge in La Coruna and is once more on course for Les Sables d’Olonne

Race Chairman Don McIntyre issued for following statement: “Mark Slats is currently 350 miles from the finish line and we now expect him to finish late Friday. The GGR Committee has assessed the evidence surrounding the breach of GGR Notice of Race Rule 3.1.4 – Telephone contact – and applied a 36 hour time penalty. which would normally be served in a penalty box at sea. However, because of a previous decision not to serve penalties in the Bay of Biscay at this time of the year, the penalty will be added to his finish time. A full account of the findings will be published in the next 24 hours.

The original Sunday Times Golden Globe Race in 1968/9 had 9 entrants and only one finisher – Sir Robin Knox-Johnston who became the first to sail solo non-stop round the globe. This race has also had a high attrition rate with five of the original starters still in the hunt. Jean-Luc’s performance has beaten Sir Robin Knox-Johnston’s time by 100 days – a remarkable achievement. Four gave up for personal reasons, one suffered steering failure and five were rolled, dismasted and rescued in the Southern Ocean, including British yachtswoman Susie Goodall. Another set a jury rig and successfully made it to Cape Town unaided, and two more were forced by circumstances to stop in Australia. 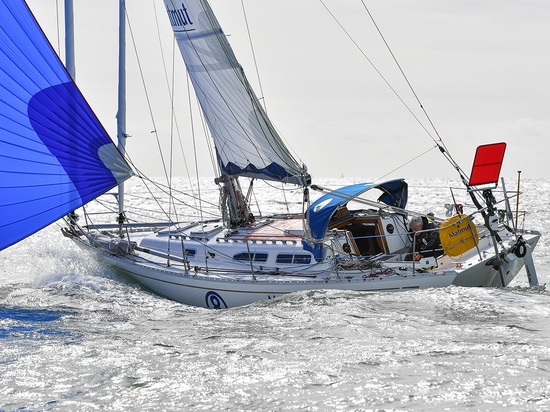 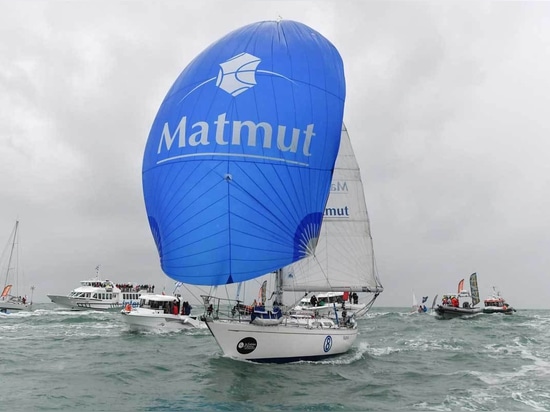 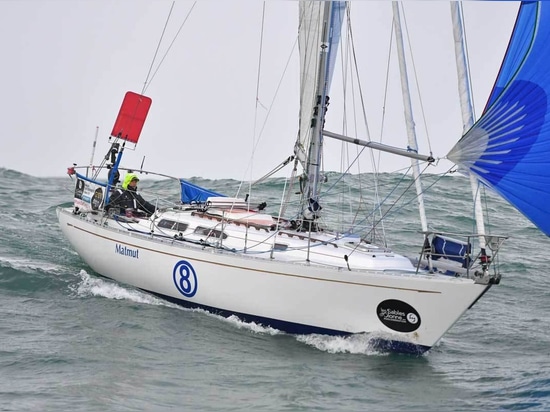 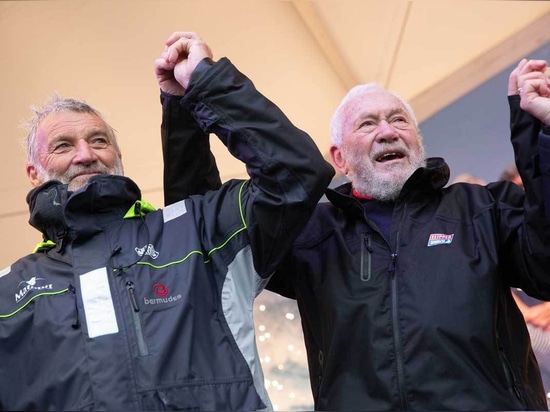 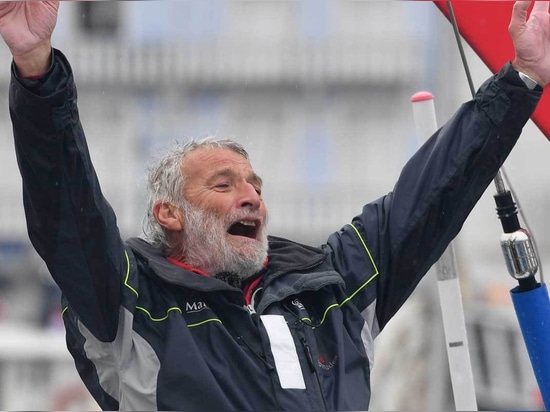