SAILORS ARE TAKING THEIR SPORT TO EXTREMES

There is no doubt that safety awareness has increased significantly in the last decade says Ocean Safety’s Alistair Hackett.

“Gung-ho attitudes at sea are being replaced by a consciousness which, far from turning sailors into non-risk takers, is enabling them to take their sport to ever greater extremes, be it global solo and ultrafast sailing or high-performance dinghies and catamarans,” explained Alistair.

“Modern technology, from electronics and satellite communication on ocean going yachts to the advanced fabrics and lightweight helmets that allow dinghy sailors to be out racing for 12 months of the year have introduced countless new opportunities for being on the water in ever more challenging environments.”

New technologies and modern design have also helped - the development of lifejackets so that they are ‘barely there’ such as Ocean Safety’s Kru range means active sailors are more likely to wear them, added Alistair.

And he pointed out that a reluctance to carry liferafts due to high costs is being overcome with the availability of hire contracts – and with the introduction of Ocean Safety’s SOLAS approved Ultralite liferaft, they are lighter and therefore easier to launch.

“Developed for the 2017/2018 Volvo Ocean Race, the Ultralite is just one example of developments for high end sailing projects that have trickled down to the cruising and club racing markets,” explained Alistair.

At the same time more sailing teams and organisations are signing up to training courses to learn how to operate equipment in an emergency. 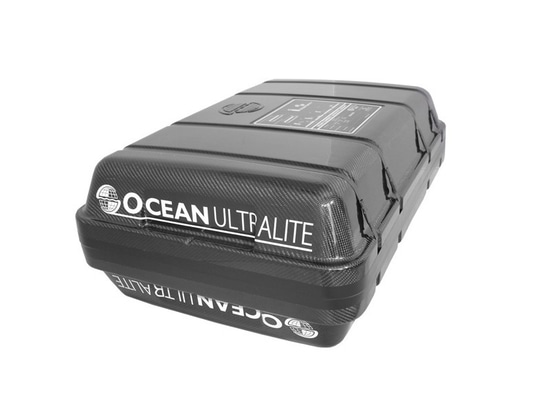 Ocean Safety's Ultralite liferaft is lighter and easier to launch