Incat Hull 089 left HobartTasmania on 6 February and arrival in Grand Harbour, Valletta is expected before the end of the month.

Saint John Paul II is the 44th large commercial fast ferry delivered by Incat and the sixth in excess of 5,500gt in the past decade; a decade also shared with 19 other Incat newbuilds of smaller passenger ferries and support vessels.

Incat Chairman Robert Clifford and Incat executives were joined in Hobart by Virtu Ferries executives Francis Portelli and Matthew Portelli to see Saint John Paul II off on her delivery voyage via the Indian Ocean, Red Sea and the Suez Canal.

“The110 metre wavepiercing catamaran, one of the largest, and most revolutionarybuilt by the yard is the first Incat newbuild vessel to join the Virtu fleet,”says Robert Clifford.

“They knew exactly what they wanted and, with the benefit of extensive tank testing and studies, we believe we have turned that vision into reality with Saint John Paul II,” he says.

Incat CEO Tim Burnell says “Despite being at the forefront of the industry for 40 years, Incat is still evolving the product.

“The hydrodynamic tests were undertaken by Seaspeed Marine Consulting at the Ocean Basin and Ship Tank in Gosport, UK – facilities normally associated with UK Ministry of Defence projects. 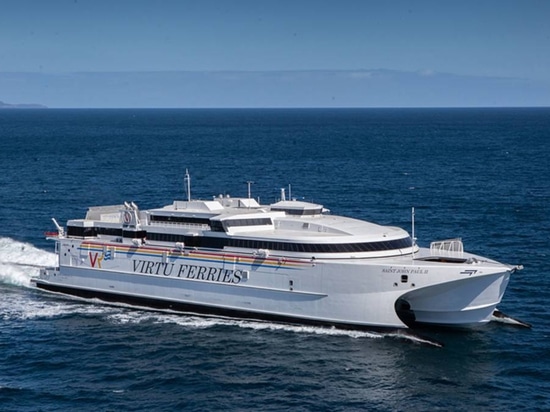 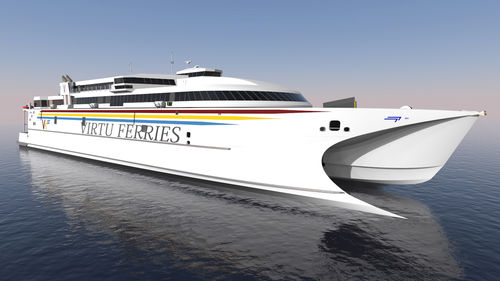