Carolijn Brouwer plans to become the first woman to drive an America’s Cup challenger boat in the 168-year history of the race. She tells Suzanne McFadden why helming the first Dutch entry, and coming back to Auckland in 2021, means so much to her.

Carolijn Brouwer knows that, floating somewhere in the world wide web, there’s a photo of her holding the America’s Cup aloft on the edge of the Waitemata Harbour. The caption reads: “Dreams never die."

The photo was taken back in 2003, on the day that Swiss team Alinghi wrested the world’s oldest sporting trophy from Team New Zealand.

Brouwer was torn that day. One of her best mates, Pieter van Niekerk, was the Alinghi team manager, which was why she was allowed to hold the revered Auld Mug.

But Brouwer, a Dutchwoman who'd been crowned World Sailor of the Year, had a close affinity with New Zealand. For years, she’d spent Kiwi summers in Auckland, sailing on the Hauraki Gulf in the lead-up to her Olympic campaigns.

So it’s not really surprising that, 18 years later, Brouwer will return to Auckland trying to grab the America’s Cup off the New Zealanders again.

Her own dream has never died.

If all goes according to plan, and Brouwer proves herself to be the fastest at the wheel for the rookie Team The Netherlands (aka DutchSail), she will become the first woman to helm a challenger yacht in America’s Cup history.

She follows on from New Zealand sailor Leslie Egnot, who in 1995 was the first helmswoman of a boat in the Cup's defender trials, in the almost all-women crew of America3.

Taking on Brouwer, now 45, as part of the Dutch crew is no cursory nod to women sailors. Skipper Simeon Tienpont, who offered Brouwer the role over the phone, has made it clear she was chosen because of her wealth of experience, and her understanding of how professional sailing campaigns are run.

There’s no question Brouwer has the credentials. She has sailed at three Olympics and in three Volvo Ocean Races. Twice she has been named World Sailor of the Year. Last year, she and Frenchwomen Marie Riou and Justine Mettraux, became the first women to win the round-the-world race, on board Chinese boat Dong Feng.

“What’s happened in sailing history is that girls have come on board big boat crews often because they are lighter. They start off with the clean-up jobs,” Brouwer says.

“But there’s no point putting me up on the bow or up the mast. My added value is in trimming and driving. It’s an area I know I can compete against a lot of very experienced, knowledgeable guys.”

She’s aware of the significance of her helming role, and the example it sets for women and girls.

“But that isn’t the reason why I’m doing this,” she says. “I wanted to win the Volvo, and I’ve always wanted to win the America’s Cup. Whether it’s with all-women or with guys, I don’t give a damn. As long as I’m part of it.

“But, as a result, you’re inspiring women to go chase their own dreams. And that’s great.”The Dutch-born Brouwer lives on the New South Wales’ central coast, with her husband – decorated Australian sailor (and America’s Cup winner) Darren Bundock – and their son Kyle.

Last week, Kyle turned eight, and Brouwer was organising his birthday party. “Having 16 eight-year-olds running around is harder than sailing around the world, but people don’t tend to believe that,” she laughs.

She will be leaving her family soon to spend a fortnight in Holland with the new Dutch team – the sixth challenger for the 2021 Prada Cup selection series.

Then they will all go to live in the Netherlands for nine months, once the team’s programme is in full swing. (There’s still a little doubt hanging over the Dutch challenge, with a Cup arbitration panel set to hear a complaint this month over the acceptance of their late entry).

Brouwer has no reservations about taking her son back to her homeland. “He’s fully bilingual in English and Dutch – I drive him to Sydney every Thursday to Dutch school,” she says.

Brouwer is fluent in six languages; she has a degree in Latin American studies and cultures. She spent time growing up in Brazil, where her father worked as a geologist, and learned to sail an optimist in Rio.

Brouwer knows she still has to prove her worth in the crew line-up to drive the boat.

“People say ‘As a woman, are you up for the job?’ But I know, having done the Volvo on Dong Feng, it’s not about being a girl or a guy. It’s about being involved in a team and wanting to win,” she says.

“I realise it’s very demanding physically. For the 11 positions on the AC75, only three of those positions would be possible for me - helming, mainsail trimming and flight control.”

There’s a rule in the America’s Cup protocol for the 2021 regatta, that the average weight of the crew must be 90kg. It gives teams the option of having lighter crew at the back of the boat, to balance out heftier grinders.

Team Stars & Stripes, the second US challenger, have announced they’re searching for “an authentic and inclusive” co-ed team for 2021.

“There’s absolutely no way I could ever be 95kg to be a grinder,” Brouwer says.

“But I’m not ruling out women as grinders. We might have to think outside the box, and look to other sports, like the Kiwis have. Holland is very strong in judo.”

She hopes there will be females in other departments of the DutchSail campaign – again replicating Emirates Team New Zealand, who have Elise Beavis as one of their engineers.

The Dutch team frequently hold up Team NZ as an example.

“In Holland we say: ‘If the sheepherders can do it, the cheeseheads should be able to do it too’,” Brouwer laughs.

“We don’t have a billionaire behind us, but when it comes to technology, aerodynamics and hydrodynamics, we have all the knowledge and knowhow in our country. We have a huge marine industry and good sailors.”

But they’re on the back foot, Brouwer concedes, as a campaign only conceived in November.

“It’s going to be very tough, but at least the AC75 is a new boat for everyone. We plan to buy a design package from Team NZ,” she says. “It’s the right time for us to do it now.”

The AC75 is a foiling monohull, which doesn’t phase Brouwer. She’s been foiling in an A-Class catamaran for past few years, even sailing in the world championships in Queensland last November, (finishing 30th and first woman).

Team NZ’s Glenn Ashby, who won his 10th world A-Class title, has close ties to Brouwer - through her husband. Bundock and Ashby won multiple world titles together and took silver from the 2008 Olympics in the Tornado.

Brouwer raced against them at those Beijing Olympics, the only female skipper in the fleet – and representing Belgium with her ex-boyfriend, Sebastien Godefroid. To make it even more complex, she was Bundock’s fiancée at the time.Bundock was also coach and tactician for the Oracle team who snatched the America's Cup away from Team NZ in 2013.

“There’s a lot of history there,” Brouwer says. “Glenn sent me a message of congratulations when he heard I was in the Dutch team. It will be great to spend more time with his family when we’re in New Zealand.”

She’s also looking forward to being reunited with her “second family” – Christine and Tony Webb, who she regularly stayed with on Auckland’s North Shore during her Olympic years.

That may give her a little edge, she hopes, when it comes to racing in the Prada Cup from December 2020. The racecourse covers the waters where Brouwer would sail the Europe dinghy and Tornado.

Sailing with men has never been a challenge for her. It took her longer to adapt to sailing with the all-women Team SCA crew in the 2014-15 Volvo Ocean Race, than in the mixed Dong Feng team.

“Sometimes we struggled with the physical side. There were certain manoeuvres we took time to manage and do differently than the guys so they requires less power,” she says.

On board Dong Feng, French skipper Charles Caudrelier said he saw Brouwer not as a woman, but as a crew member: “If I had to choose a man then I would still pick Carolijn ahead of a lot of guys for her good spirit, her motivation and her skills.”

Brouwer agrees that she always felt she was an equal member of the crew. “We didn’t look at size, colour, age, or gender - we were all part of a team. I believe that’s why we won – because we were the best team,” she says.

“That’s one thing that I will definitely put a lot of work and effort into replicating in our America’s Cup team.” 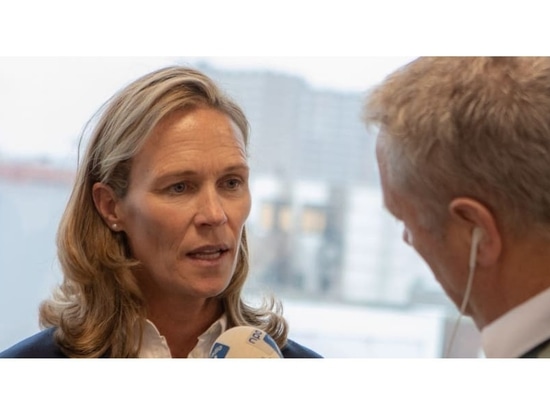 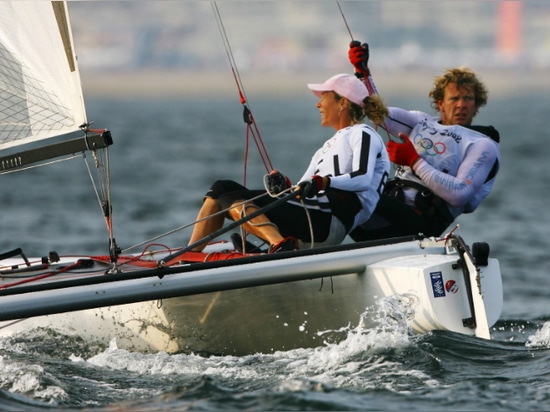