NTA ordered Irish Ferries to pay compensation due to cancellations that arose last year resulting from the delayed delivery of the ship by German shipbuilder Flensburger Schiffbau-Gesellschaft (FSG).

“Irish Ferries can confirm that they have taken the first step in the legal process to challenge this decision in the courts,” the company said.

According to NTA, the company violated the relevant EU regulation as the delay in delivery was not an extraordinary circumstance and could have been avoided.

However, Irish Ferries said it took “every reasonable action” against the backdrop, having notified customers months in advance.

“The uncertainty caused by the NTA interpretation of the EU Regulation covering sea passengers has already unfortunately led us to close one route from Rosslare to France,” Irish Ferries informed.

The company added that the viability of direct links to the Continent should be protected and is now critical due to Brexit.

“These direct links are threatened by what we strongly believe to be the NTA’s incorrect interpretation of the regulation, and hence the importance of proceeding with this legal challenge,” Irish Ferries added.

The legal action was unveiled in the Irish Continental Group’s financial results for 2018 which show that schedule disruptions due to technical issues on one of ICG’s vessels, Ulysses, and the late delivery of W.B. Yeats had a negative impact on the group’s financial performance.

Revenues dropped slightly to EUR 330.2 million in 2018 from EUR 335.1 million seen in 2017, with revenue growth in the container and terminal operations offset by a decrease in the ferries division.

“Despite these operational difficulties during 2018 the markets in which we operate remained robust and our long term strategic plans for the future of our fleet remain intact, progressing well with the delivery of the W.B. Yeats. Whilst mindful of the uncertainty created by the proposed exit of the UK from the EU, trading in the year to date is encouraging,” John B McGuckian, Chairman of ICG, commented. 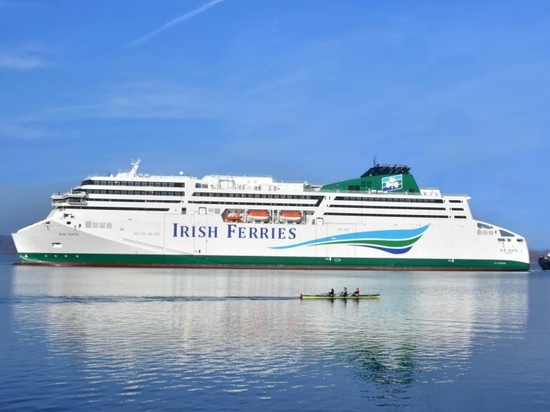