Garner joins Gibbs & Cox following a civil service career in the Naval Sea Systems (NAVSEA) Command’s Engineering Directorate. For the past six years he was a member of the senior executive service, providing technical leadership and operationally superior war-fighting capabilities for the Navy, most recently as the director for Submarine/Submersible Design and Systems Engineering (NAVSEA 05U), and prior to that as the director, Ship Integrity and Performance Engineering Group (NAVSEA 05P).

“Matt brings to Gibbs & Cox an unprecedented breadth of engineering prowess across the U.S. Navy’s submarine and surface combatant portfolios,” Chris Deegan, president and chief executive of Gibbs & Cox, said in a statement announcing the hire. “In Gibbs & Cox’s 90th year, Matt’s contributions will position Gibbs & Cox well for our next 90 years,” 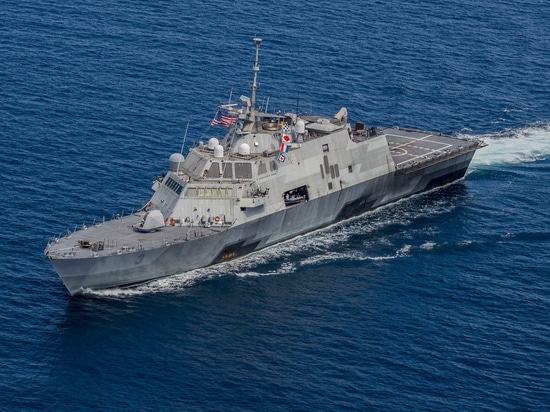 The Navy's Freedom-class Littoral Combat Ship is among the almost 7,000 vessels Gibbs & Cox has designed since 1929. U.S. Navy photo