Shawn Bennett, CEO, Baydelta, said, “The Delta Teresa is a great addition to our fleet of 90-ton tugs. Baydelta and Nichols Brothers have a long-standing relationship, together creating what is widely recognized as the premier harbor tug class.”

The hybrid system allows the vessel to operate in different power modes: direct-diesel, diesel-electric or fully electric. According to NBBB, during trials the tug’s performance met or exceeded all expectations. Free running speeds, under full power, of higher than 14kts (16mph / 26km/h) were obtained along with almost 10kts (11.5mph / 18.5km/h) on electric motor power only.

Designed by Seattle-based Jensen Maritime Consultants, the tug carries an ABS Loadline certificate and complies with United States Coast Guard requirements. It has seven berths and the major equipment on board includes a Rapp Marine electric hawser winch and a single drum tow winch; the drivetrain is connected with Centa carbon-fiber shafts. In addition to the drive units and hybrid system, Kongsberg supplied the control system and main switchboard, electric motors and their control cabinets. 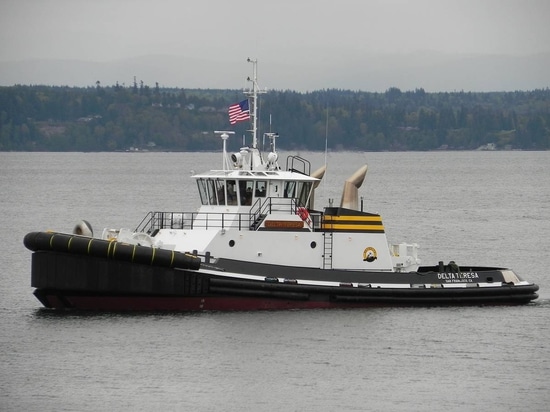