The 2019 WASZP European Championships is going to be an amazing spectacle with a fleet of around 100 expected the competition will be fierce. Included on the schedule will be on the 16th of July our first ever European Slalom Championship, this event will be livestreamed across the globe displaying the best on-water entertainment from any class in the world.

It will be an event not to be missed. From the 17th-20th of July Championship racing will commence at Fraglia Vela Malcesine, Garda, with split fleets for the first time; an 8.2m fleet and a 6.9m fleet will compete for separate prizes for the first time, giving us two European Champions!

Included in the entry fee will be:

Pasta parties after every day of racing

Also included in the event will be an offer from one of our major supporters in Europe. Europa Surf & Sail For the duration of foiling week and the WASZP European Championships, immediate families of those signed up to participate in the racing can have a discount of 10% on rental of boats, catamarans, windsurfing boards, kayaks and SUPs. There is also a 10% discount on a funsail with an instructor. Certificated courses from the RYA and VDWS will have to remain at the published prices.

WASZP is all about providing the all round experience for sailors and families at an event, the perfect combination of on-water and off-water entertainment.

11am Equipment Checks begin for fleet

9:30am BOAT MAINTENANCE SEMINAR (Invite Only)

9:30am TUNING SESSION with Andrew McDougall

PASTA PARTY after racing is completed

23 WASZPs took part in the first European event of the season at Campione, Lake Garda. The home of the very first International WASZP Games in 2017 the fleet has come a long way since those humble beginnings. The event began with a foiling clinic where our top WASZP sailors Rory Hunter and Alexander Hogheim (first and third WASZP Games) conducted a coaching clinic for new and inexperienced sailors in the fleet. One of the best cultural advantages of the WASZP is the openness of information sharing amongst the sailors. Alexander Hogheim from Norway took out the first event with stiff competition from other sailors from the Netherlands and France.

The French Nationals was a fantastic event with 18 WASZPs starting in the picturesque Le Nautlis club. Pierre Leboucher took the overall win after four days of racing in really solid conditions. The French fleet is going from strength to strength and we are expecting a big contingent of French WASZPs at the European Championships in July!

The first round of the WASZP Cup Norway event in Blaveisen drew a solid fleet for an early season hit out! The event was a light affair however it gave everyone an opportunity to try the NEW FOIL for the first time. One of the real highlights of the Norwegian fleet is the amount of women sailing the WASZP and also the influx of new younger sailors on the 6.9m rig. We look forward to seeing this fleet further develop as the season goes on.

The USA fleet had their first event of the season with 25 boats sailing on the start line for the first event of the 2019 Season. With lots of quality sailing in this event it was tough at the top, David Loring showed a clean set of heels to take the win. He also shared his thoughts on how to win a WASZP regatta which is a fantastic resource for new WASZP sailors. The USA Nationals will be occurring later this year in Virginia. While in 2020 we look forward to hosting the first ever All American Championships in Charleston, April, 2020.

To round out May one of the best Tier 3 events held yet was hosted by the UK WASZP Fleet at Rutland. In what was the perfect mix of on-water and off-water action, the culture and WASZP spirit is extremely strong in this fleet. We saw Rory Hunter put on an absolute clinic on the water to defeat a quality field, the off-water action was just as fierce with standard operators Dave Lilburn and Joe Pester creating havoc with the rest of the fleet. It is the epitome of a lifestyle event where you get top level racing mixed in with the perfect, fun, friendly culture. 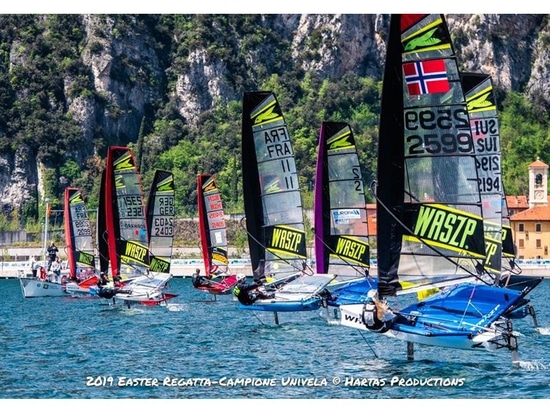 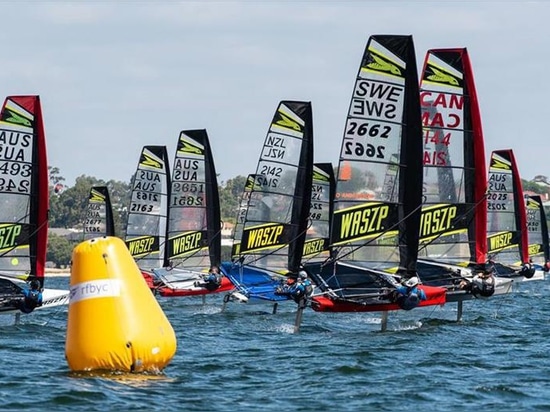