As uptake of hybrid propulsion increases, a more flexible approach to engineering and design of hybrid vessels is needed

Presented by researchers from Damen Shipyards at the CIMAC Congress in Vancouver in June, a new paper titled Holistic Functional Design and System Testing: Hybrid Road Ferry proposes an alternative design and development model based around engineering iterations with increasing scope and complexity, as available information and insight on project metrics increases.

By integrating hardware-in-the-loop testing, systems functionality can be verified before installation, making for more time and cost-effective commissioning, the authors note.

Each iteration should be based heavily on simulations and testing output, with increasingly complex – and accurate – models used to accommodate demands from designers and to answer questions arising at different stages of the product’s development, the paper says.

Key benefits of this approach are that it allows for flexibility of time and investment costs as the project progresses through different stages. The designer needs only to make a relatively small effort at the proposal stage, and once a contract is in place and a larger budget and amount of time is available, this can be built on to develop the required level of detail. Another benefit is that design iterations are developed based on actual feedback and findings. This allows for flexible design considerations, and optimisation of components and functionality based on unit, integration, system and hardware-in-the-loop (HIL) testing.

Assessment was based around redundancy, flexibility, operability, operational costs, and futureproofing, and the hybrid power-supply option was selected on this basis, with operability being the most decisive criteria. The paper’s authors noted that these criteria are high-level and in some cases subjective, with data used to make the selection very basic. They note: “[At this stage] in order to obtain a vessel with the best balance of attributes, experience and product knowledge are key. Simulation only served to quantify and compare the operational performance between configurations.”

The next step was choosing the main machinery. A steerable thruster with a twin-propeller arrangement was selected as a propulsor based on manoeuvrability and efficiency characteristics. Power output was determined by the sailing speed and station-keeping capabilities required for the vessel. Operational specifications mandated the generators be capable of running at 85% load when sailing at full speed, with the selected machinery having a fixed speed of 1,200 rpm. The battery was chosen based on operational assessment, which identified a battery capacity of 800 kWh with an option to extend to 2,000 kWh, which was seen as giving a good energy storage size, enabling potential electric-only operation.

The next stage, described as ‘design for service,’ involved establishing details of the ferry’s daily operations. Up to this point, design choices had been made based on design conditions that almost never occur in normal operation, the paper says. Propulsion system functionality needed to be defined for the vessel’s everyday operations, with the main requirement being to minimise the total cost of ownership for what the paper describes as the vessel’s “general road ferry purpose”. The vessel’s main operational modes were defined as (un)loading (when passengers are embarking or disembarking while the vessel is moored), manoeuvring (entering or leaving port), and transit (sailing at a constant speed).

It was concluded that the “general road ferry purpose” of the vessel would be trips with a transit time of 10-45 minutes, time in port of between 10-15 minutes and variable rest hours. Sailing speed varied between 8-14 knots. The two operational modes of (un)loading and transit were found to determine the vessel’s main energy consumption. Altogether, this gives a wide spread of profiles with many combinations possible. Minimising the total cost of ownership (TCO) was therefore based on an operational envelope instead of a single profile. This meant that system functionality needed to be able to adapt within this operational envelope to produce the lowest TCO. The vessel would have a wide range of operational conditions, due to interoperability being one of its main functional requirements.

Next came defining the vessel’s energy management system (EMS), which controls the power split between batteries and diesel generators. Rule-based control was used due to the lower complexity and predictable behaviour. The hybrid system’s behaviour needed to match up with daily operations in order to maximise the system’s benefits, while at the same time it needed to be capable of complying with functional requirements. The initial simulation model was therefore upgraded with the most up-to-date details from the project, and several strategies were assessed based on comparison metrics, which consisted of generator wear and tear, battery life and fuel costs. A compromise had to be made between a generator-leading (in which the generator is the primary power source) or battery-leading (in which the battery is the primary power source) strategy. Different strategies were assessed via the vessel simulation model, with an adapted energy-management controller allowing the relevant parameters to be adjusted for each strategy.

The last step included in the paper was testing of the actual onboard control system at a functional level. This was done by means of HIL testing. The simulation model required another adaptation to enable this, to allow for communication with the programmable logic controller (PLC) running the control system in real time.

The hybrid power system model utilised for the EMS strategy assessment was modified in this way so that the PLC running the EMS could be connected to the simulation, receiving inputs while in turn returning the virtual system’s parameters. This allowed the EMS to be tested on a virtual system before application on the vessel, in a much lower-risk environment and with the emulation of conditions that would be difficult to test in real life.

Testing focused on functionality and sequencing of the vessel’s power management system (PMS) module. The testing carried out provided a debugging platform for the PMS program, with a number of bugs identified and fixed. A large number of failure conditions were also tested, such as simulating battery fault signals and ensuring that the response of the PMS system was as expected. The use of this HIL testing platform helped to make the system better and more reliable before onboard commissioning was started, the paper’s authors said.

The authors concluded that such HIL testing not only improves software quality and reduces commissioning time, but also serves as a system integration testing platform, as signals, communication protocols and logic must all match for a system to correctly function.

Using such a ‘holistic’ approach that makes extensive use of simulation and testing allows for a more responsive design process that can quickly respond to demands of designers and provide solutions to questions that arise at different design stages, allowing time and cost investment to be adjusted accordingly. 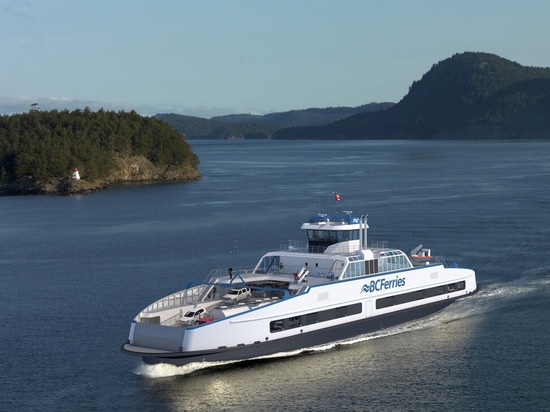