Fund management group Oaktree Capital Management has formed a new company and ordered new assets to enable LNG to be transported by tug and barge.

Its portfolio company, NorthStar Midstream, has formed Polaris New Energy to transport LNG along the coastal and inland waterways of the US.

In its first task in this venture, Polaris New Energy ordered an LNG barge from Fincantieri Bay Shipbuilding and set options to construct two sister barges for coastal transportation.

This 5,400-m3 capacity, 103.5-m long barge will be built to ABS class to transport LNG along the US east coast to bunkering stations for NorthStar’s customers.

The barge will have a beam of 20.1 m and will have a cargo handling system designed and developed by Wärtsilä. It will be attached to a suitable tug as an articulated tug-barge (ATB) unit once completed. The ATB will be fitted with four 1,350 m3 IMO Type C tanks.

Polaris New Energy will source the cargo from JAX LNG, a new production facility in Jacksonville, Florida, created through a partnership between NorthStar and Pivotal LNG.

This ATB order comes as US natural gas demand is surging due to competitive prices and its environmental advantages over other shipping fuel, said NorthStar Midstream executive president of LNG Tim Casey.

“The construction of this barge will expand our ability to solve the logistics behind delivering LNG to our customers in both an economical and safe manner,” he said.

“We see increased domestic industries looking to LNG as their future fuel source, and we are extremely excited to be on the forefront of LNG domestic marine transportation.”

He continued “This is a first step in Oaktree and NorthStar’s strategy to create a complete platform of LNG logistical solutions for US customers.”This is not the first ATB to be ordered for LNG transportation in the US. Clean Jacksonville was built by Conrad Orange shipyard in Texas in 2018 for Tote Maritime and operated by Foss Maritime. It is used to bunker LNG for Tote’s two LNG-fuelled, 3,100-TEU container ships Isla Bella and Perla del Caribe.

VT Halter Marine in Pascagoula, Mississippi, is building an ATB for Quality Liquefied Natural Gas Transport (Q-LNG), owned by Shane Guidry, chairman of US-based Harvey Gulf International Marine and HGIM. This is due to be completed in Q1 2020 and will be chartered by Shell to initially bunker four internationally flagged dual-fuel ships calling in the US. These are expected to be Carnival Cruise Line’s two new 180,000-gt dual-fuel ships and two dual-fuel Siem Car Carrier pure car truck carriers. 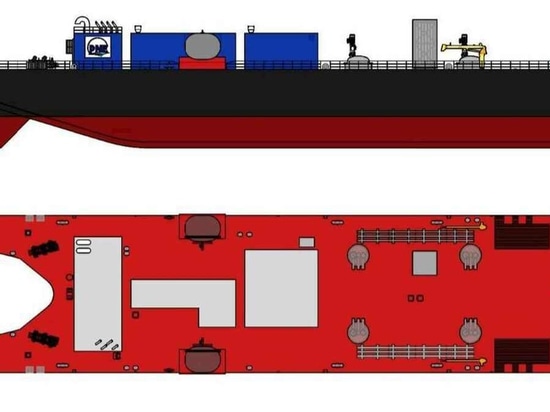