Baltic Yachts has revealed new photos inside the recently delivered Baltic 112 Custom sailing yacht Liara ahead of her debut at the Monaco Yacht Show later this month.

Following her debut, the full carbon sloop is set to cross the Atlantic to take part in the RORC Caribbean 600 and the St Barths Bucket in 2020.

From there, her experienced owner has plans to take her through the Panama Canal and arrive in New Zealand in time for the America’s Cup in 2021.Early on in the build process, the owner intended to use the 34.13 metre sloop as a fast, easy to use, family cruising yacht. However, the build altered when he decided he also wanted to make occasional forays onto the race course.

Naval architect Malcolm McKeon explained: "he goal posts moved when it was decided she was also going to go racing and that we needed to focus further on weight saving."

Skipper John Walker, who works on a rotational basis with Tom Haycock, added: "Our objective has been very clear from the outset – to make the quickest boat we can with all the comforts of home. We have also focused on systems usability - we want to go from anchor down to full gear up as quickly as possible."Accommodation on board Liara is for up to eight guests in four cabins, including a full-beam owner's cabin forward, a VIP and two twin cabins, while the aft crew area allows for a staff of up to five people.

Key features include a telescopic keel, which allows the draught to be reduced from 6.15 metres to 3.91 metres, and a retractable propulsion system, which will enhance speed and manoeuvrability when Liara is powered by her square top mainsail.

Carbon fibre is a key part of the construction process, not just in the lightweight hull but also in the bimini, which will provide all-weather protection for those relaxing in the cockpit.

British design firm Adam Lay Studio penned the interior design and was styled to "reflect the natural environment of the owner’s home islands, the Channel Islands".

The result, Lay said, is "an interior with a natural aesthetic augmented by bright colours in the soft furnishings inspired by the incredible colours of the island environment."

He added: "Liara’s interior is intentionally ‘weathered’ to look and feel natural, comfortable and relaxing." 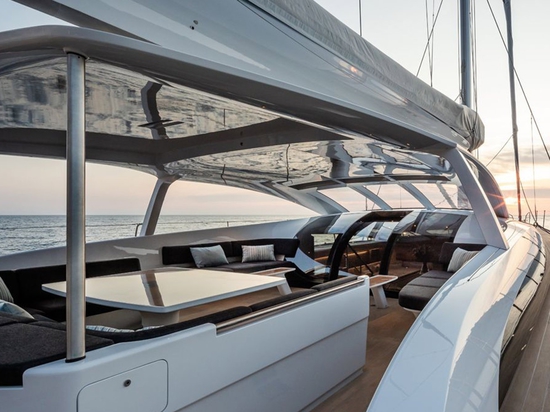 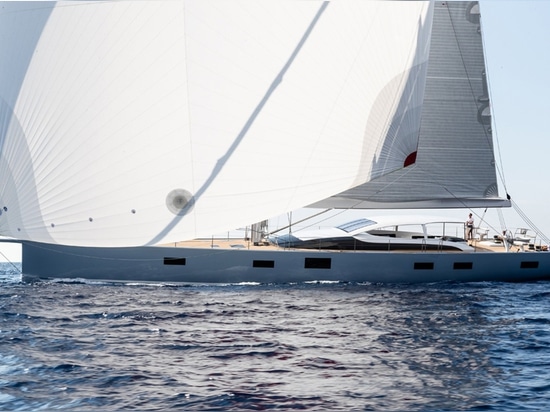 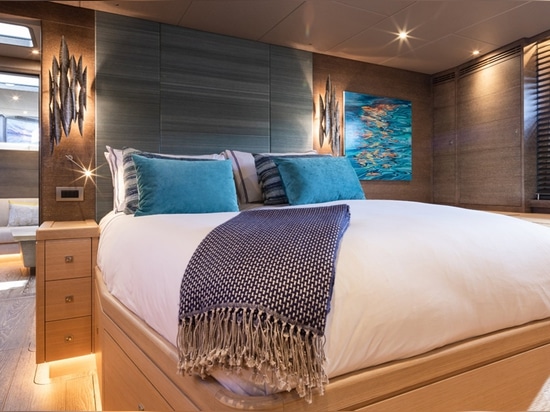 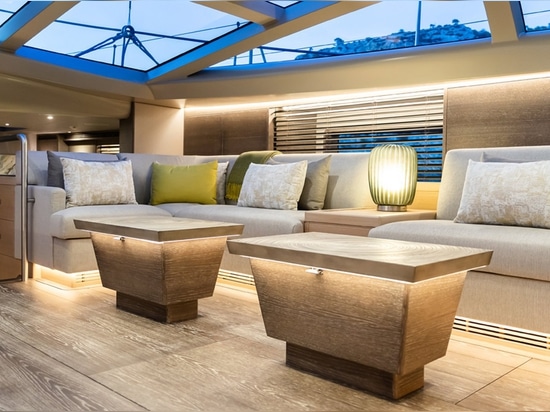 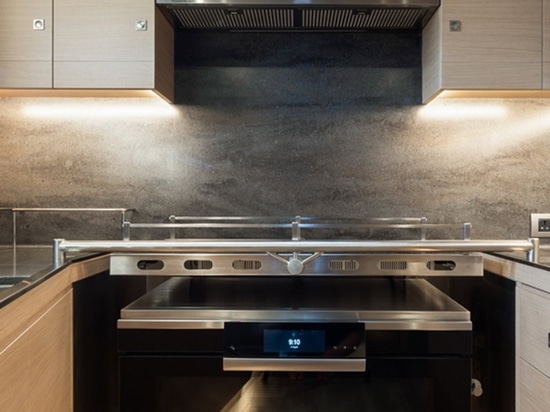 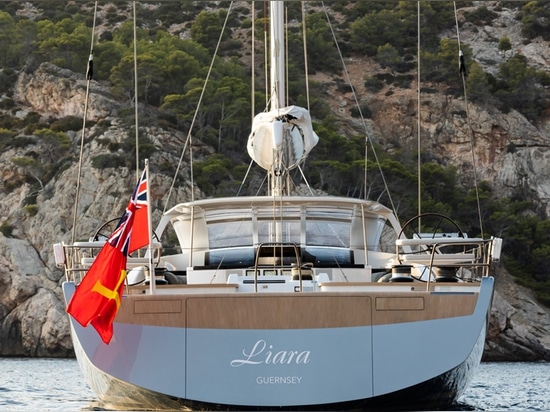 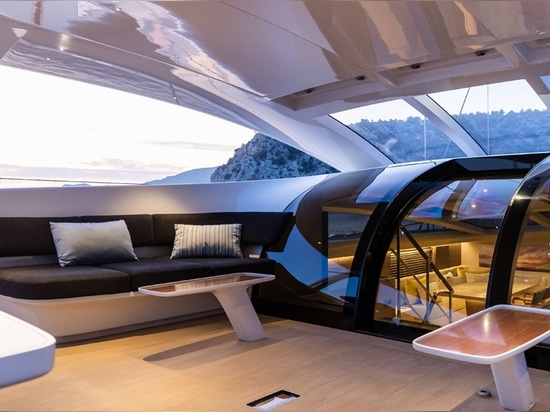 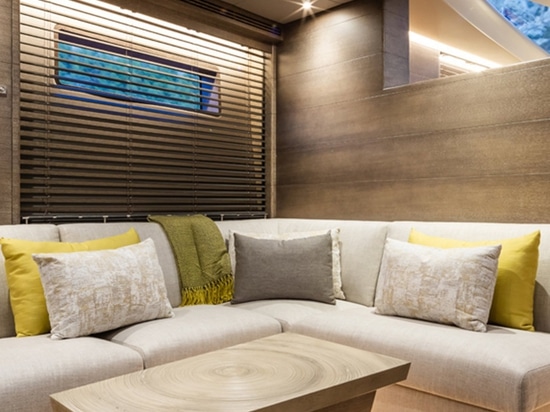