Tom Slingsby today made history, helming the Australia SailGP Team to victory over Nathan Outteridge’s Japan SailGP Team in the SailGP Season 1 Championship Final Race. The global league’s inaugural season culminated with a 10-minute match race between Australia and Japan, in which Australia secured the trophy and US$1 million prize in dramatic fashion.

The stakes for Sunday’s racing were unprecedented – US$1 million is the largest monetary prize in the sport of sailing, and the SailGP Championship trophy is a creation of Thomas Lyte, regarded as the world’s leading trophy maker.

“It feels amazing. We deserved it and I’m so happy for our whole team as the amount of work they put in was huge. We said going into today we were going to win as a team or lose as a team,” said Slingsby. “I feel for Nathan and his team. They have put in an amazing effort all year and it is just the way it is. One team has to win, and one team has got to lose. I am happy with the way it went but those guys were unbelievable competition all year and it was such a close battle.”

Race analysis determined that the final duel came down to a mere 78 centimeters at a crucial moment on the racecourse; if the Australians had been five-hundredths of a second slower, Japan could have forced them to incur a penalty. It was a risky play by Japan in an attempt to force Australia off its course that backfired and allowed Slingsby to move into the lead and ultimately take the win.

Japan led for the majority of the SailGP Season 1 Championship Final Race after being given the upper hand from the start when Slingsby took a penalty for entering the start box early.

“We made one error and that’s what happens. You can’t win everything and for every winner there is a loser. We knew someone was going to walk away unhappy,” said Outteridge. “It’s a shame it’s us. But that’s sport and we will just get ready for next season.”

The championship battle has been awash with drama since the season began in Sydney last February. Slingsby established himself as the one to beat from the beginning, winning the Sydney, San Francisco and Cowes events with Outteridge challenging him in each event’s final match race.

SailGP has had an exceptional first season, with capacity crowds in all five of the iconic cities that hosted events during Season 1. An estimated 115,000 people flocked to cheer on their favorite teams at competitions across the globe.

“Congratulations to Tom Slingsby and the Australia SailGP Team – what an amazing performance,” said SailGP CEO Sir Russell Coutts. “All six of our national teams have put on a show for fans around the globe throughout the last eight months as we’ve offered a redefined version of our sport. I’m incredibly proud of what we’ve collectively accomplished this season, proving that there is a place for sailing among the world’s top professional sports leagues.”

Slingsby’s aggressive style of racing and ability to push the F50 to top speeds on the course has put him at the top of the leaderboard over and over again, ending in his ultimate win at Marseille SailGP. For Outteridge, second place stings. An impressive win in New York City proved the skipper could give the Australians a serious run for the title. Outteridge and Slingsby are longtime friends, competing together on the Australian Olympic Team before facing off in the SailGP arena.

“The team has done a fantastic job for the last couple of events and we have managed to pick ourselves up from a pretty low point and get back to fighting for the podium. We sealed it today,” said Robertson. “We are very happy. It has been a long journey. We finished third overall and we are looking forward to improving on our performance even more next season.”

Billy Besson had an exceptional day at his home event. Besson and the France SailGP Team won race seven to put their first ever race win on the leaderboard to the cheers of a packed Seawall spectator area. With the French victory, all six SailGP teams earned at least one race win in Season 1.

“We are thrilled to put a win on a leaderboard,” said Besson. “The French team and I are very proud of how we sailed today in front of our home crowd.”

SailGP Season 2 will debut February 28-29, 2020 in Sydney, allowing Slingsby to start the season defending on his home waters. 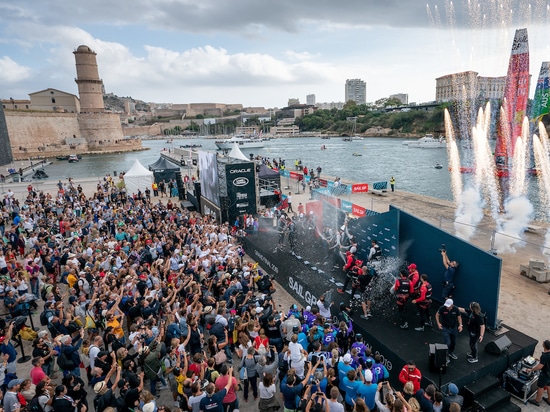 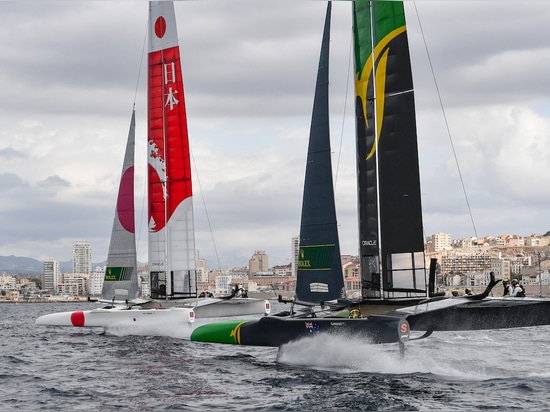 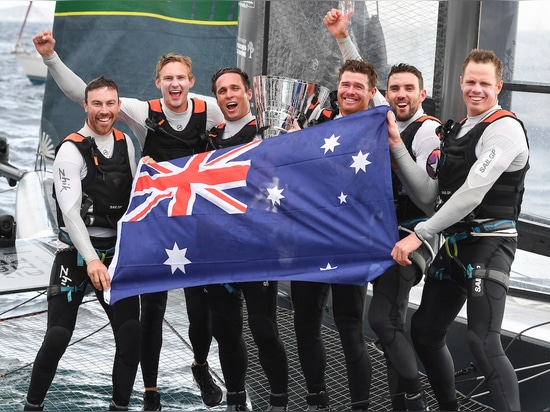 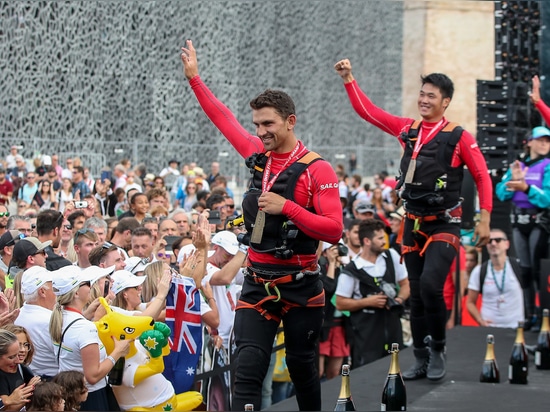 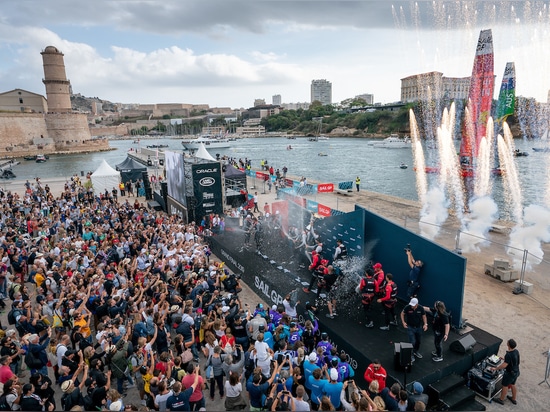