Making the most of the spotlight during the Monaco Yacht Show this year is design studio TAMABA Design & Engineering Studio, who have released the new eco-conscious 69-metre superyacht concept POSSIBLE.

The futuristic four-deck concept features an interior design by Can Gengonul Design and preliminary architecture calculations by NAR Naval Architects. POSSIBLE offers its future owner utmost privacy with an 80-square-metre owner’s deck complete with glass ceiling and 70-square-metre terrace.Working in harmony with the owner’s deck is the pop-up beach club and garage – which the designer regards as some of the concept’s more notable features. With a 12-square-metre pool with glass panelling surrounded by teak-clad decking and a sand zone, the beach club is able to convert into an additional 100-square-metre platform once the pool is drained thanks to its innovative sliding mechanism. The garage near the bow has been designed specifically to accommodate a helicopter and a submarine, 6-metre and 10-metre tenders and a jetski. To eliminate the need of a crane and for increased safety and comfort when boarding the submarine and tenders, the water filling system pumps water inside when the bow flanks are closed, allowing guests to board the submarine or tenders. Once aboard and when the outside water levels are level, the bow flanks are opened and the submarine and tenders can be launched. A second helicopter can be hosted on the helipad assisted by the hangar.

Other features of the superyacht POSSIBLE include an outdoor lounge with gym and spa on the guest deck, which also has a library, central atrium and three staterooms. The VIP deck is home to two VIP suites, each with aft balconies and a 280-square-metre open entertainment deck for guests to use for activities such as throwing a superyacht party, outdoor cinema viewings, basketball and other sports.

The main deck features the 70-square-metre saloon, cinema, wellness area, hairdresser and owner’s office – complete with private wine and cigar cellar which all guests can access once onboard via the main-deck entrance and atrium area – a feature which the designer describes as “an unusual concept that gives a new perspective to interior design.” All decks are serviced by an elevator on the starboard side as well as two alternative passageways.

IAll 12 guests onboard POSSIBLE can be taken care of a crew of up to 19 who are accommodated for in dedicated cabins that are positioned in close proximity to the living areas. On the lower deck, the superyacht’s diesel and electric hybrid propulsion system are located and contain battery packs and double azimuth thrusters to help produce a maximum range and limited fuel consumption.If you are interested in TAMABA Design & Engineering Studio and POSSIBLE, contact the studio directly via the contact details found below. 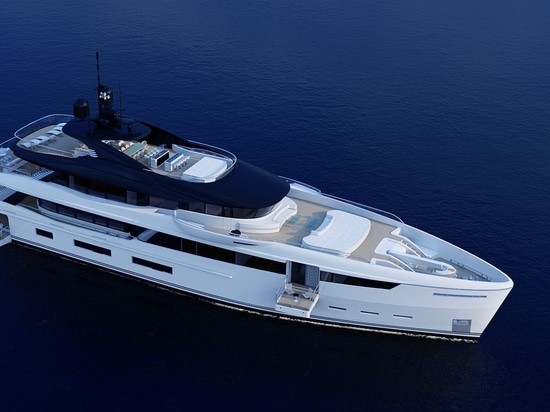 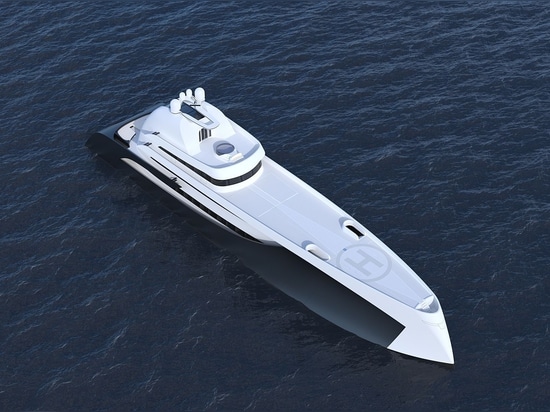 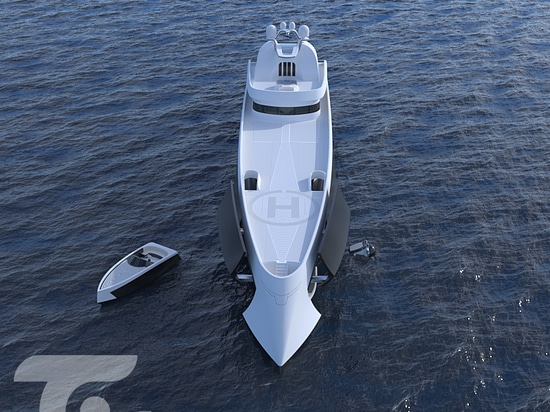