A sustainable future for all: Feadship Director Henk de Vries to give Breakfast Briefing keynote at opening of METSTRADE Show

METSTRADE Show is delighted to announce that one of the leading figures in the superyacht world will give this year’s Breakfast Briefing, the keynote speech held at the opening ceremony of the world’s leading B2B trade show for the leisure marine industry. Feadship Director Henk de Vries will bring his inimitable style and decades of experience to the event as he speaks to an audience of 600 delegates on the subject of how to successfully grow a family company and make it sustainable for the fut

As one of the top superyacht builders in the world, Feadship is this year celebrating the 70th anniversary of its foundation in 1949. The three family concerns that joined forces to form Feadship seven decades ago – yachtbuilders Royal Van Lent & Koninklijke De Vries Scheepsbouw and design & engineering company De Voogt Naval Architects – were all family concerns, each with a rich history of their own dating back many decades more.

Henk de Vries was among the fourth generation of his family to take a leading role in both the yard that carries his name and Feadship, joining the Aalsmeer facility in the 1980s and playing a key director’s role alongside his cousin Tom de Vries. Since being appointed CEO in the early 2000s, Henk has overseen a constant growth in the Koninklijke De Vries Scheepsbouw operations, including the opening of a second facility in Makkum in 2005. This period has also seen ever-closer ties with Royal Van Lent yard as these giants of the superyacht sector have built ever more elaborate pure custom Feadships.

Henk also somehow finds time to be actively involved within SYBAss, the Young Professionals in Yachting and the Water Revolution Foundation. His Breakfast Briefing will therefore draw upon all these strands of experience to share the various ways he and his colleagues are working to ensure the future success of Feadship and the wider yachting industry, Henk will examine vital issues that affect all stakeholders such as employment (how to find and retain the right people), Corporate Social Responsibility (including the renowned culture of community within Feadship) and sustainability.

The Breakfast Briefing will take place on the morning of Tuesday 19 November in the RAI Amsterdam Convention Centre and welcomes exhibitors and VIP guests. As the official opening of the METSTRADE Show, the ceremony also features the presentation of the renowned DAME Design Award. It is co-hosted by the International Council of Marine Industry Association (ICOMIA), the international trade association for the global marine industry and METSTRADE organisers RAI Amsterdam. 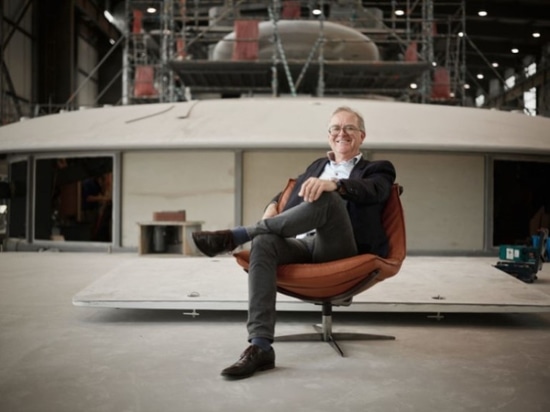