Following months of planning and gruelling trials, the Great Britain SailGP Team, led by CEO and wing trimmer Chris Draper, has announced its newest member for SailGP Season 2 with London-born Matthew Barber joining the highly decorated crew as a grinder.

Having competed across a variety of yacht racing circuits – including the GC32, TP52, Maxi72 and RC44 – Barber’s experience compliments the close-knit team’s Olympic backgrounds. Barber will step into the shoes of SailGP Season 1 grinder Neil Hunter as he returns to British America’s Cup team duties.

“He is the right size and weight, has good sailing experience, an extremely high level of fitness, good skills around the boat and a great personality,” said Draper. “Matt is not someone we knew before - and that’s the benefit from having run an open selection trials - but I am sure think he will bring a huge amount to the team next year and help us to perform how we want to.”

The British team opted to run their crew trials in a very specific way, opening up the opportunity publicly to young sailors who may not otherwise have had the chance to compete in the world’s fastest on-water sail racing league.

“It’s so common that people get the opportunity just because they know somebody. We really wanted to change that and give a chance to people we did not know or that we would not have thought of, and that’s been the case massively. 70% of the people we’ve met during this testing, we had never met before,” said Draper.

“This is the breakthrough I’ve been waiting for,” said Barber, who started sailing at the age of five and first raced competitively at 12 years old. “I’ve been sailing as many boats as possible, working as hard as I can both sailing and shoreside and taking all the opportunities thrown at me. Now I am here!”

“To have been selected feels like an amazing achievement. I know some of the people that went through the same process and I’m thrilled to have come out on top. I’m entering some of the best racing worldwide and it’s going to be awesome.”

Barber was nearly passed over at the start of the trial process earlier this year. The team received 90 applicants that would get cut to 12 individuals, who would then be invited to an intense fitness test. Each member of the Great Britain SailGP Team chose their top six options, and the athletes that received the most votes received a chance to participate. One of the 12 was unable to attend so the team went back to the drawing board, at which point they realised Barber wasn’t on the list.

“We all wondered how we’d missed him the first time,” said Draper. “All twelve we tested would have been good and any of the final four we had on the water would be have been great, but Matt just ticked all the boxes.”

At 105 kilograms, Barber is now the heaviest member of the Great Britain SailGP Team, outweighing full time grinder and rowing Olympic gold medallist Matt Gotrel by three kilograms. Gym workouts and a strict eating regime are key to maintaining the correct weight as a professional SailGP grinder. Position 2 grinder Richard Mason knows only too well the dedication it takes, having to consume 5,000 calories a day on top of his training schedule, to reach his optimum weight going into SailGP Season 2.

The rest of the Great Britain SailGP Team will remain unchanged from the inaugural season in 2019 with Draper as CEO and wing trimmer and Olympian Dylan Fletcher at the helm, working closely with Olympic silver medallist, Stuart Bithell, the team’s flight controller and tactician. The pair were recently selected to represent Team GB at the Tokyo 2020 Olympics in the 49er Class and will compete in both circuits in 2020.

SailGP Season 1 featured five events around the globe – Sydney, San Francisco, New York, Cowes and Marseille. Just over a month ago, Olympic and America’s Cup champion Tom Slingsby and his Australia SailGP Team earned the Season 1 title and winner-takes-all prize of US$1 million with a victory over Japan in the Championship Final Race in Marseille. The British team finished just off the podium in fourth place after missing six races throughout the season due to boat damage – something they are keen to improve on going into Season 2.

The 2020 championship will kick off in Sydney in February before returning to San Francisco in May and New York in June, respectively. The remainder of the Season 2 schedule will be announced in the coming months. 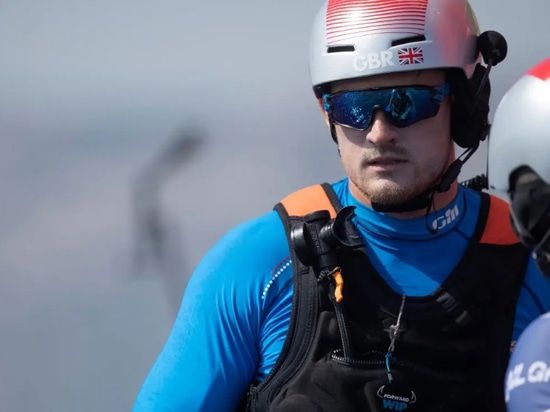 Matthew Barber during his on water trials with the Great Britain SailGP Team. 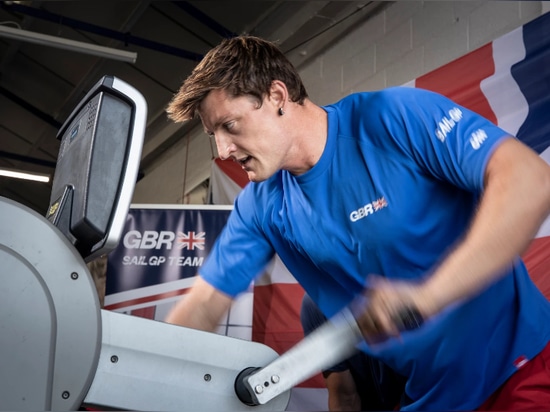 Matthew Barber during his fitness trials with the Great Britain SailGP Team. 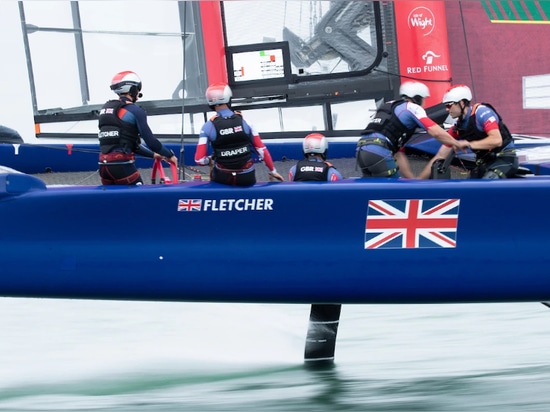