Dutch design studio Vripack and US builder Nordhavn have revealed their latest collaboration, the 45.1 metre Nordhavn 148, at the Fort Lauderdale International Boat Show.

The yacht is the first metal-built superyacht from Nordhavn and will become the flagship of the American builder, usurping the N120.

Built in steel and aluminium, this “no-nonsense, go-anywhere explorer boat” is Ice Classed and features a flared bow and square and round windows, creating an “industrial chic aesthetic”.

Nordhavn said the new model, which has a 495GT, will “push the brand to go beyond prior engineering feats.”

The builder described the new model as a “crossover yacht”, mixing “a commercial ship” with “an elegant superyacht.”

Vice president of Nordhavn’s Pacific Asian Enterprises division Jim Leishman said: “We’ve talked about building a larger boat for a while now. It would be something specifically meant for the most challenging worldwide conditions.”

He added that the N148 will see Nordhavn drawn on Vripack’s extensive experience of building in steel.

“We will use each other’s expertise to produce an exceptional and extraordinary yacht.”

Speaking at a press conference, co-creative director of Vripack, Marnix Hoekstra, said: “We started by looking at the Nordhavn DNA, looking at what has been done and reimagined that into a metal yacht."He added: "Nordhavn boats are renowned for venturing to remote off-the-beaten track destinations, and so the aim was to demonstrate to owners that this significant latest model has been conceived by a design studio that has a proven track record in this area.”

Leishman added that the N148 has an estimated build time of just under 24 months and said Nordhavn plans to build the yacht in Europe.

The news comes after the two companies announced a collaborative partnership at the 2018 Fort Lauderdale International Boat Show, which immediately resulted in their first concept, the 24 metre explorer N80. 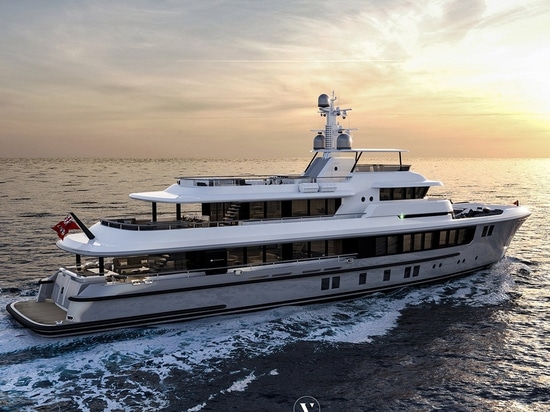 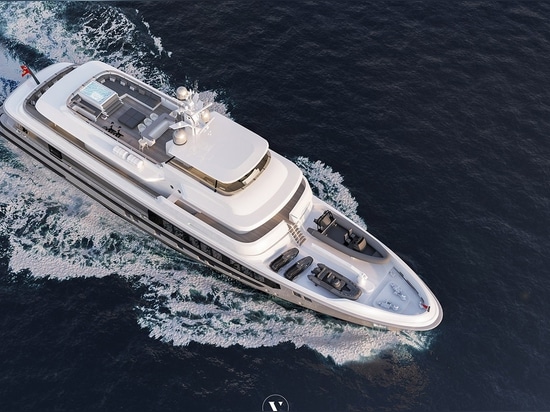 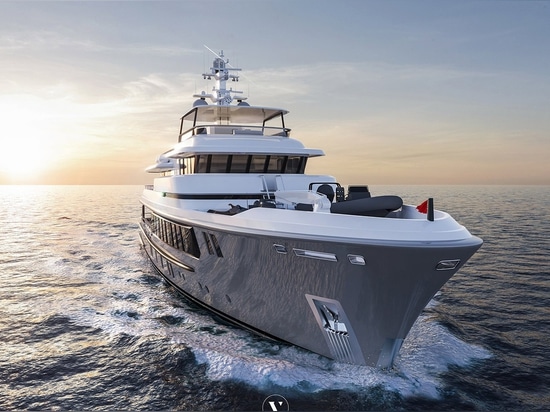 Toys and tenders are stored at the bow of the explorer