Ireland-based Jospa Ltd has developed the intriguing concept of a wave motion-propelled tug being simple in principle but quite unlike anything before, in fact is it a vessel at all?

Jospa Ltd has worked in wave energy research and development for some years but is putting its wave energy project to one side and adopting the principle to develop a tug providing in its words, “significant bollard pull” using wave motion only.

The principle of operation involves a triple spine with vertical and horizontal hydrofoils or ‘fins’ made from recyclable thermoplastic elastomer reinforced with steel providing tensile strength coupled with flexibility to conform to waves, selected strands of steel reinforcements from the spines carry the fins.

The assembly harnesses the orbital velocity of waves moving with or against wave direction as desired using the analogy of a line of stationary cars hit from behind at traffic lights to describe how waves pass on their momentum, doing so in circular motions clockwise in their direction of travel.

A pilot tug will apply a minimum pull to the Jospa Tug to straighten the spine and align the fins. This tension must always be maintained to avoid losing synchronisation with the waves and while initially this may be a standard diesel tug, the developer sees a quick transition to an all-electric pilot tug powered by PV panels on the spine of the (unmanned) Jospa Tug and could eventually be autonomous (remote-controlled).

The eventual prime target of the Jospa Tug is seen as the transportation of bulk goods where speed is less important, other niche applications include transport of water, diversion of icebergs, slow trawling, seaweed harvesting and holding drill platforms on station.

Of all the new technical innovations that present themselves to the towage industry this one certainly stands out. Will it happen? The developer certainly has experience in the field of wave energy and there may be niche areas that could adopt the concept, as strange as it may seem. Once again recalling a recent towage industry conference where the ‘state-of-the-art’ of autonomous vessels was questioned it was pointed out that there are currently around 1,000 autonomous marine craft in operation worldwide, mostly small military applications, perhaps at one time considered a niche area with limited opportunities. 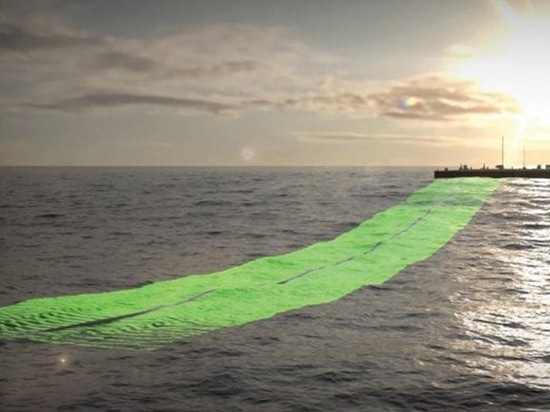