The Big Apple for houseboats

The city of New York wants to spend $90 million to expand a marina that has been used primarily by houseboats.

A proposal by the Parks Department would restore the

The $90 million would be used to reconstruct docks damaged by storms, add more berths and make the area more resilient to climate change. According to the West Side Rag, many residents support the project. The 79th Street Boat Basin, operated by the city, is the only marina that allows year-round houseboat residency in Manhattan. At its largest point, it was home to more than 100 boats. Now the houseboat population is down to around 30.

The city wants to increase the number of docks from five to nine. The paper said there is a 14-year waiting list of about 800 people to obtain a slip at the marina.

Barbara Alder, a member of CB7’s parks and environment committee, told the paper that her “entire committee and community (mostly the boat people who live on those boats) were very supportive.”

The city plans to reveal a final design by June 2021, with construction starting shortly after that. The mayor’s office is providing more than $60 million for the project, with the Federal Emergency Management Agency covering the rest. Construction is expected to take about four years. 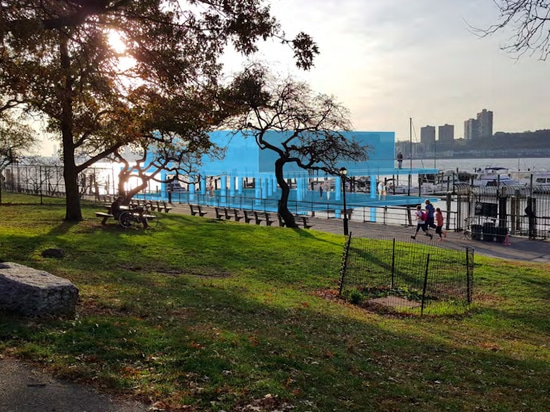