Interview / Alexandra Bazetoux: "We need preorders to launch the Rivike"

Alexandra Bazetoux is co-founder of Rivike, the first inflatable paddle bike. After 5 years of development, the Paris Boat Show will be the opportunity to officially launch the brand and raise funds (pre-orders, investment funds) to launch production.

Can you present us the concept Rivike??

The Rivike is a bike on the water, an inflatable and therefore transportable paddle bike. It is a product that aesthetically speaking, already existed about twenty years ago with a rigid board. It was called surfbike. We have optimized and modernized it by adapting it on an inflatable board. This is the real innovation proposed by Rivike. The design of the product has already existed, but I've never seen it before because it's inflatable. A patent has been filed.

There are already bicycles on the water, we didn't invent the concept, but none of them are inflatable. The other models are also different, they consist of two boots and a bicycle and not a board.

It is also a versatile and versatile project, with 4 different uses, currently under development:

A bike on the water

A paddle board by removing the pedals and handlebars

A paddle kayak by fixing a seat on it

Why choose Nautic to launch your product?

A prototype specially designed for the show will be presented, since Rivike has not yet been developed. The board will be shorter, to go even faster. We will have a stand on the slide village in Hall 1, location F82, with a hard floor, to be able to fix the board and turn the crankset system. And buyers will benefit from a 15% discount on the price at total?!

We would like to have pre-orders, to find an investment fund to make Rivike accessible to as many people as possible. We will also conduct a crowdfunding campaign afterwards and we hope to release the first copies in the summer of 2019.

We hope to be able to get orders from professionals such as hotel chains or sports organizations. But also individuals, because if the Rivike has a price, it is also an investment since we can do 4 different types of sports.

To people who paddle but do not yet have a board or to people who ride bicycles. With a selling price of ?2,790 including tax, we are more interested in CSP+, even if I would like to make it more accessible in the long term.

For the moment, it must be produced, and there are significant production costs. If the board has been designed internally, by developing it especially for this practice, it is manufactured by paddle professionals.

How have you managed your communication so far?

We have launched a website and I am a bit of a social network animator - Facebook and Instagram. For the moment, I haven't done any paid advertising on Google, only on the networks. We are a small structure and a small team. We preferred to focus on the product before the communication aspect.

The Nautic will therefore be Rivike's major product launch. Then we will participate in the Glagla Race in January 2019, a paddle race on Lake Annecy involving hundreds of stand-up paddle enthusiasts from Europe, Australia and Hawaii. It's very international and we hope to make our Rivike known there too.

How long have you been working on projet??

It's been 5 years, but before that, we had an employment activity next door. We saw that we could be patented and we did. If it hadn't been the case anyway, it was useless. Several prototypes were then designed, mechanisms evolved, etc. The Rivike is aesthetically similar to Surfbike, but everything has changed. We optimized a product that existed 20 years ago. We are the inventors of the first inflatable, versatile and versatile bicycle on the water.

How do you see suite??

The product is under development. You have to raise a lot of money to launch Rivike, but I'm not worried. There are many interested people, many foreigners too, like distributors in San Diego. We also have business schools that have contacted us to discuss the possibility of having the Rivike as a regatta support.

On the site, we also have a lot of people who fill out a contact form for a pre-order and to be informed of the fundraising campaign. 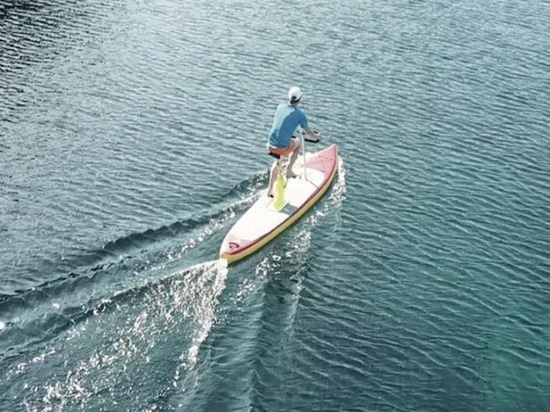 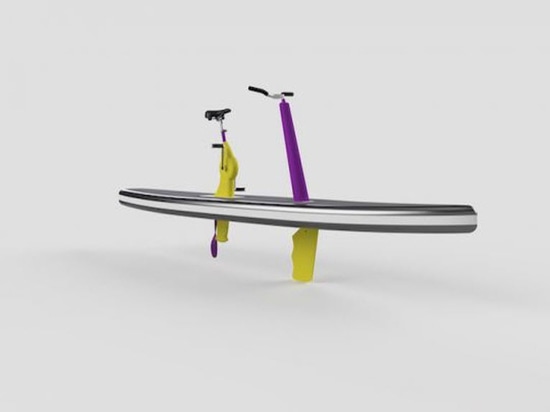