It was operated by automatic navigation technology and remote control and powered from an electrical plant.

Yunzhou Tech said the vessel is designed to run at 8 knots and would be 20% cheaper to construct than manned ships of this size. This project was developed in collaboration with Wuhan University of Technology and China Classification Society.

Jin Dou Yun 0 Hao is seen as a platform for advancing the technological progress and industrial development of intelligent ships in China. Yunzhou Tech said it would further test this vessel and look for commercial operators and applications.

Yunzhou Tech has also partnered with Zhuhai Port Shipping to develop unmanned cargo ships, which could lead to more shipyard orders this decade.

Zhuhai Port plans to expand its river and coastal cargo transportation fleet after raising around US$145M in May 2019. It intends to spend this cash on fleet of more than 50 vessels, including newbuildings and potentially autonomous vessels.

In December, Zhuhai Port ordered 19 manned and multipurpose river cargo ships of around 3,500 dwt each from Hainan Kaihong Shipyard. These ships will be employed to transport bulk cargo in the domestic river and coastal regions.

Yunzhou Tech is focused on developing unmanned surface vessels for environment sampling and monitoring, hydrographic and oceanographic survey and water surface cleaning. Its expansion into trialling autonomous cargo ships is a step up in size and technology.

It is also a significant step in Chinese autonomous ship development. 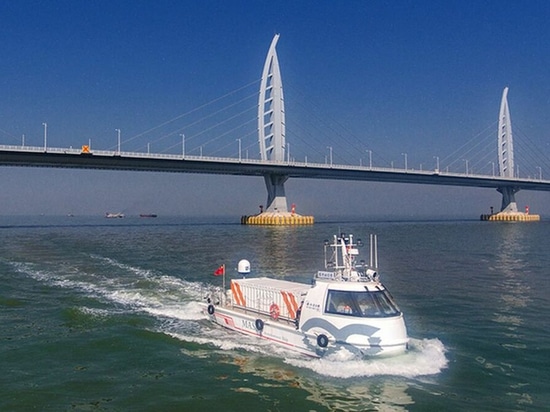