The ResQLink 400 and ResQLink View PLBs each feature a protected activation button, a belt clip and oral inflation clip, an easier-to-release antenna enclosure and an infra-red strobe light.

The ACR OLAS (Overboard Location Alert System) product range includes the ACR OLAS Tag and ACR OLAS Float-On MOB alarm systems, which pair with the user’s device and connect to the ACR OLAS app. Also offered is the ACR OLAS Core Base Station and ACR OLAS Guardian, a wireless engine kill switch. The ACR OLAS Extender can increase the range of the OLAS MOB systems to over 100ft.

The SM-3 Automatic Buoy Marker Light is a high-intensity LED strobe that provides brighter light in all directions for clear marking of a man-overboard site.

It provides 360-degree visibility for approximately two miles and when thrown in the water, the device automatically activates and rights itself to float upright in all conditions.

ACR Electronics RCL-95 is fitted with 10 ultra-bright Osram LEDs with reflector optics and 50,000-hour bulb life, which combine to produce a peak beam intensity of over 460,000 Candelas. It casts an eight-degree beam of light over 0.7 nautical miles, has 360-degree continuous rotation and a 135-degree tilt.

The RCL-85 features six ultra-bright Osram LEDs with 50,000 hours of bulb life and a peak beam intensity of 240,000 Candelas. It produces a beam distance of over 0.5 nautical miles, can tilt up and down by 90 degrees, rotate 350 degrees and includes a safety strobe feature. 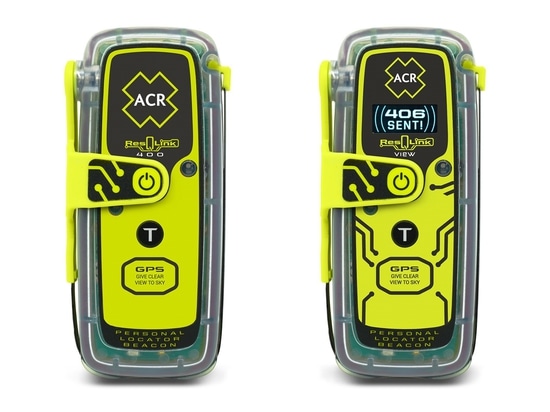