The innagural Sea Tourism Summit, titled ’Navigating a Sea of Opportunities’ was organised by The Economist and boot Düsseldorf and featured a full agenda of speakers addressing a range of topics, including the 2020 world outlook, nautical tourism, the state of Europe’s boating industry, and the future of yacht building.

The Düsseldorf Boat Show program kicked off early today with the launch edition of the one-day Sea Tourism Summit, an innovative initiative organised by boot Düsseldorf and The Economist, preceding the start of the show tomorrow.

Held at the iCCD Congress Center on the fringe of the Düsseldorf show grounds, the ambitious program was led by John Andrews, consultant editor of The Economist magazine who provided a keynote session called ‘The Economist’s Outlook: the World in 2020’. Andrews navigated his way through this all-embracing subject superbly providing the delegates with a view of major worldwide issues. A key takeaway was his forecast that India will prove to be a major economic power with a subsequent rise in consumer discretionary spending power, an important point for those looking at the future growth of the leisure boating industry.

With the unavoidable absence of the second listed speaker on the program, Andrews carried on in an open session fielding questions on many different worldwide economic and political issues which on a high level affect global spending power and the marine industry.

The programme continued with a review of the nautical tourism industry in the eastern Mediterranean with presentations on developments in Bulgaria, Montenegro and Albania, and a review of the industry in Europe by Jean-Pierre Goudant, president of the European Boating Industry (EBI) association.

“For many clients due diligence on whether the correct tax has been paid has become a major issue for large yacht sales,” Arnold said.

A panel discussion called ‘Shipbuilding and Yachting: What lies ahead’ was chaired by Martin Redmayne, chairman of the Superyacht Group, and fielded major Industry personalities including Massimo Perotti, chairman of Sanlorenzo, Antony Sheriff, executive chairman of Princess Yachts, Paolo Vitelli, president of Azimut Benetti Group, and Yves Lyon-Caen, president of the FIN trade association of France. The four panellists fielded a variety of issues and questions on the future of the Industry including, controversially to some delegates, that the future lies in consolidation.

The first edition of the summit had some issues, not least a heavy focus on larger power and superyachts while virtually excluding the sailing boat market, but it is an excellent move to provide a major discussion and learning platform for the industry.

The Summit concludes this evening with a formal dinner, at which Matteo Renzi, the former Prme Minister of Italy will deliver the keynote speech. 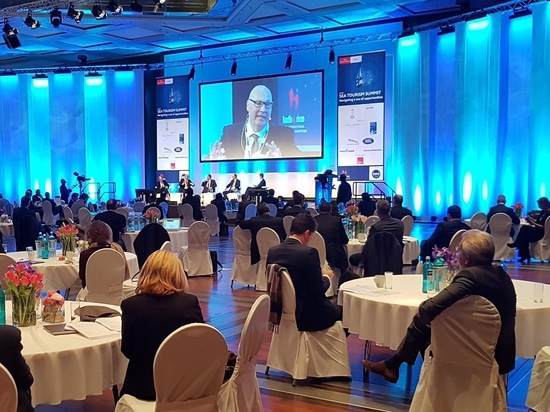