Former Olympian Dan Slater was the big winner at this year’s Volvo Yachting Excellence Awards, scooping the Sailor of the Year trophy.

The three-time Olympian collected the prestigious Sir Bernard Fergusson Trophy as the Orbit World Travel Sailor of the Year at a gala dinner in November, held at the Royal New Zealand Yacht Squadron.

Promising duo Seb Menzies and Blake McGlashan were named the Volvo Young Sailors of the Year after dominating the fleet to win the boy’s 420 at this year’s youth sailing world championships and they were also second at the 420 world championships.

“It’s wonderful to be able to celebrate the brilliant achievements of sailors from all over New Zealand on the world stage,” said Yachting New Zealand chief executive David Abercrombie. “It’s also important to recognise the tremendous efforts of clubs and their volunteers who make the sport possible for thousands of Kiwis.

“Dan has been a consistently high performer for many years and the judges were unanimous in their decision. It’s a fantastic achievement to win two world titles in a year and his success at the OK Dinghy world championships was something he had been working towards for some time. We’re also excited to see what the future holds for Seb and Blake who have been turning out a series of world-beating performances at such a young age.”

Three new awards were handed out at the event – the Lucke Youth Leadership Award, North Sails Sportsmanship Award, and Propspeed Sustainability Award. A feature of the evening was a panel discussion with Burling and Tuke about Emirates Team New Zealand’s America’s Cup campaign. The pair had earlier picked up a Performance Award.

“Yachting is in a really good space with healthy clubs and good numbers across the country,” Abercrombie said. “We are looking forward to an exciting two years coming up with the likes of next month’s Hyundai 49er, 49erFX and Nacra 17 world championships, the Tokyo Olympics and America’s Cup.” 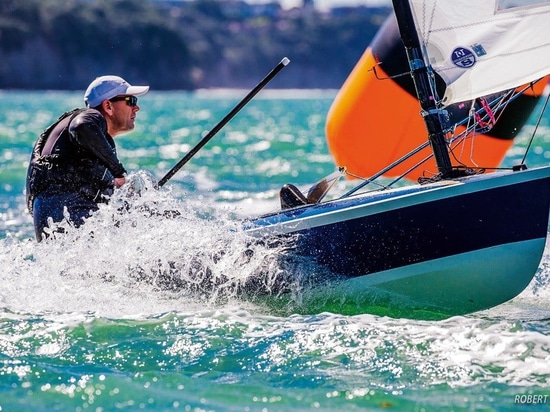