Low-cost, recreationally minded personal watercraft have proven to be a huge hit with new riders, but hardcore types also flock to them, due to agility and light weight. Yamaha gave these aggressive types the last piece of the puzzle: a better horsepower-to-weight ratio. The result is the EXR—what company reps enthusiastically dub a “crotch rocket.”

The result is a significant bump in overall fun factor and a nod to favored Yamaha two-strokes of old. Grabbing a handful of throttle, I noted the EXR responded with a raw quickness missing in the craft’s tamer EX siblings. Keeping it pegged, the GPS edged upward of 54.5 mph, nearly 5 mph faster than other EX models. More fun than the increased straight-line speed came when I punched it, shifted my weight off the stern, and spun 180s or power-slid into turns. The potential airtime is often missing with today’s heavier, bulkier models.

Though definitely performance-minded, the EXR does feature a few notable extras, such as RiDE, Yamaha’s dual control system that gives forward and reverse thrust separate throttles on opposite sides of the handlebar. The intuitive system eases docking and tight-quarters maneuvering at low speed by redirecting thrust via measured use of the reverse bucket. That same thrust redirection can also provide significant stopping power when applied at speed.

- All EX models boast the best capacities in the Rec Lite category, with 13.2 gallons of fuel capacity and 7.7 gallons of standard storage.

- Bow storage is shallow; many items, including a spare life jacket, won’t make the cut.

- Taller riders may feel oversize on the craft and have trouble seeing the information display.

Sea-Doo’s three-passenger Spark TRIXX ($8,099) boasts 90 hp and weighs a mere 438 pounds, likewise giving it punchy acceleration, albeit a slightly slower 50 mph top speed. The EXR is the superior craft in rough-water conditions, as well as roomier for the occasional second and third person. The Spark is the more playful craft, with adjustable-height handlebars, footwell wedges and an extended nozzle trim, making tricks—like actual wheelies— a breeze. 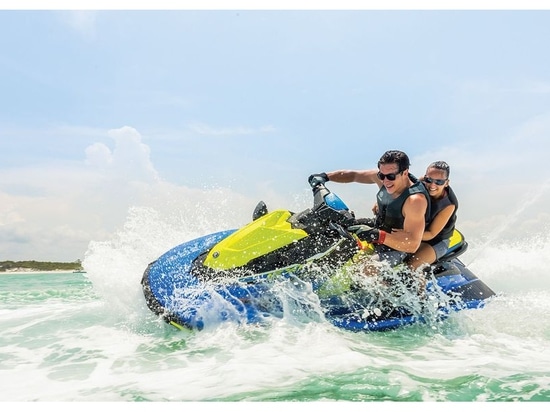 The EXR responded with a raw quickness.

Carving turns is a blast. 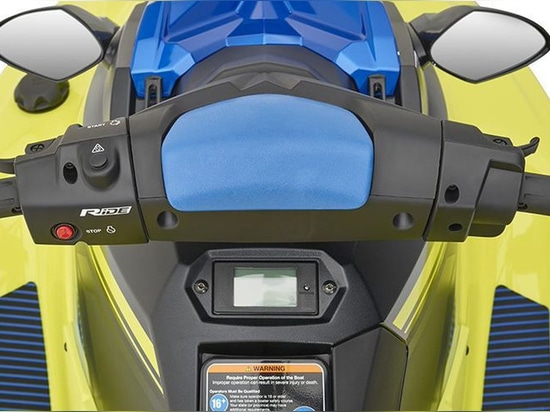 RiDE is Yamaha’s dual control system that gives forward and reverse thrust separate throttles on opposite sides of the handlebar. 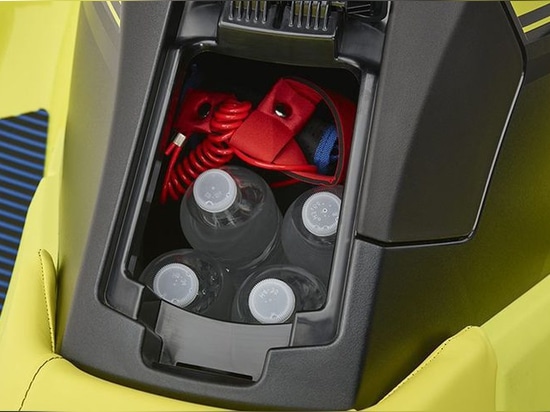 The glove box is exceptionally deep.