A luxury center-console fishing boat with family appointments at an attractive price.

Sailfish Boats sets a standard with its new 360 CC, a wide-beam 36-footer. It’s elegant and sophisticated, well-planned and well-executed. With the 360 CC, Sailfish blends a hardcore fishing machine with a comfortable family cruiser.

You certainly get a sensation of mass when boarding. Unusually high gunwales offer security to passengers, and everywhere you look has someplace to sit—comfortably.

An expansive forward area for bow fishing converts to lounges with an electric table on centerline. Removable backrests let you face forward—or sprawl on the huge centerline lounge hiding tons of stowage for fenders, lines, tackle, dive gear and cleaning supplies. Sailfish also insulates it so it can double as a coffin box for all those fish it will raise. In fact, throughout the 360, a masterful use of space provides copious storage.

A through-stem anchor roller and a windlass work in concert with another big-boat feature: a freshwater washdown outlet (along with transom and amidships outlets) to clear the mud off the anchor and rode.

The console houses a stand-up shower, berth, Corian counters and head, all capped by a handsome T-top with tinted opening vents and molded channels to carry water away from passengers.

Sailfish employs a “dot-matrix” nonskid pattern that grips well yet doesn’t tear up your bare feet or knees and cleans more easily than more aggressive patterns. Additionally, all lights aboard are LED and can flood the boat with 360 degrees of illumination. Underwater lights come standard as well. The only options include a Garmin electronics package and the outriggers.

The 360 proved stable and dry. It runs flat, so you won’t need to use tabs except for lateral trim. If anything, it would be nice if the bow rode a bit higher in a following sea. However, prudent seamanship combined with all that internal volume in the bow should alleviate any problems. The boat responds instantly, and if you turn the wheel hard over at speed, it grabs and turns sharply rather than sliding the transom around. It’s a good riding hull, and unique too.

From the centerline along the keel to about one-third of the hull bottom’s width is a panel with a deep deadrise. The middle third of the bottom is a panel with slightly less deadrise. And the most outboard hull panel, terminating at the inside edge of the reverse chines, is a different deadrise angle again. For a simple visual, imagine an inverted shingled roof, in which each course of shingles is at a slightly steeper angle.

A side door opens inward so you can easily board from a floating dock. This one also has an excellent four-step ladder for climbing out of the water. However, such doors and ladders are no substitute for a real boarding ladder that you can deploy while in the water. The 360 CC transom has one of those as well. Space has even been engineered into the 360 to fit a Seakeeper stabilizer, should you choose that option.

In addition to comfortable seating for three at the helm (with impact cushioning on an adjustable-height platform), mezzanine seating faces aft for another three, and a foldout transom seat accommodates more. The huge console fits a pair of 16- or triple 12-inch multifunction displays.

- Boat is roomy, with elegant styling, fit and finish.

- Runs flat without any tabs; would prefer a little higher bow angle for following seas.

- A little more “slide” in hard-over turns might be welcome. 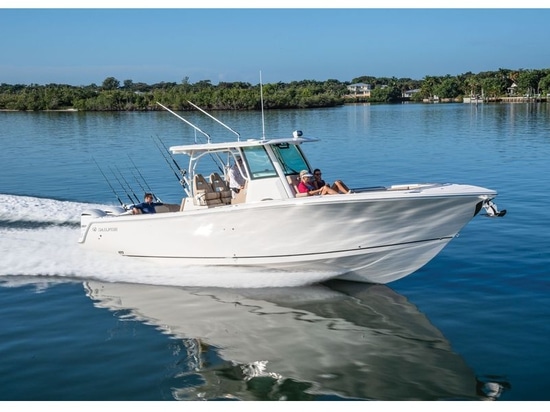 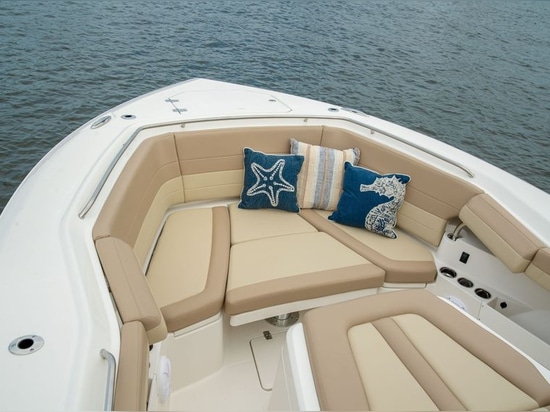 An expansive forward area for bow fishing converts to lounges. 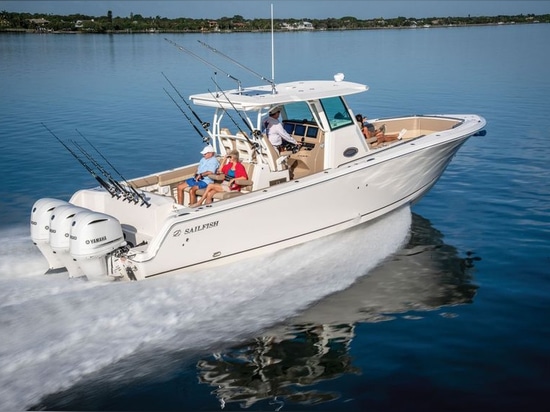 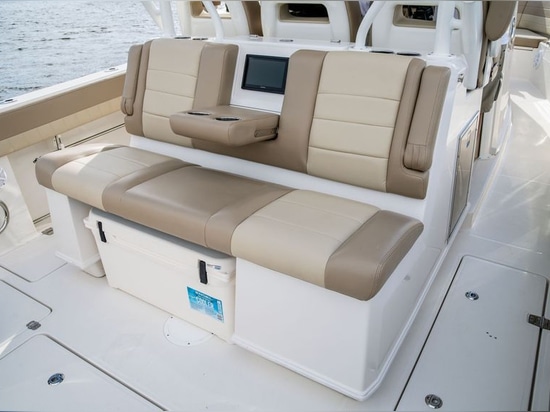 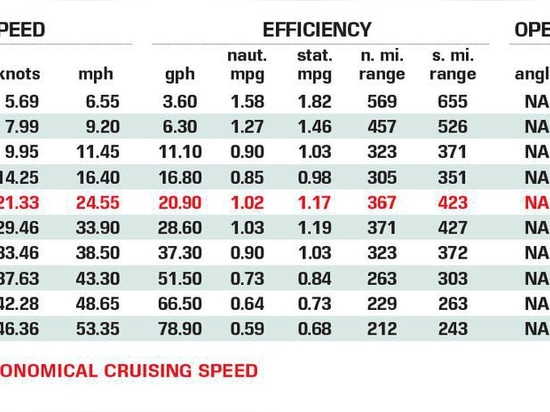