Dutch superyacht builder, Feadship has confirmed the launch of its second project of 2020, 99.95m Moonrise. Unveiled today in Makkum, this is the largest superyacht by waterline length Feadship has built to date and features an impressive exterior design created by Remi Tessieir Design and Studio De Voogt.

Having played an important role in the industry’s environmental agenda, Feadship has outlined a number of new features that allow Moonrise to benefit from the latest thinking in terms of environmental responsibility. The new yacht features an exhaust gas treatment system to the main engines, in addition to the Feadship proprietary generator exhaust cleaning system. A heat recovery system has also been integrated on the generators, that allows Moonrise’s jacuzzi water to be heated using far less electricity.

According to The Superyacht Agency, Feadship has delivered a total of 188 projects over 30m to date, which accounts for 27.2 per cent of all yachts historically delivered in Holland. Today Feadship has 10 superyachts on its orderbook, six of which are scheduled for delivery this year. If all these projects do indeed materialise in 2020, Feadship will match its all-time high of annual delivery figures and exceed its average LOA delivered in the last decade.

Moonrise’s impressive exterior design features a superstructure that is entirely cladded in glass. Her striking plumb bow also gives the yacht a distinctly modern profile, with well-balanced proportions and elegant light grey colour scheme. The yacht’s naval architecture, created by Feadship De Voogt Naval Architects has reportedly been created to provide maximum comfort both underway and at anchor. The yacht’s propeller and appendages have also been designed to ensure minimum noise levels underwater, significantly reducing the noise on board.

Although details on the yacht’s interior are yet to be revealed, the skills of Re´mi Tessier Design have also been called upon to create a sophisticated yet minimalistic style, complete with a large beach club and a number of wellness areas.

Feadship has clarified that the crew areas on board Moonrise are particularly impressive, and bathed in natural light. With capacity for a total of 32 crewmembers, the yacht’s interiors are reportedly designed to ensure a premium standard for those living and working on board the yacht.

Following the launch of the project from the Makkum facility, she will now endure a period of sea trials prior to her scheduled delivery this year. 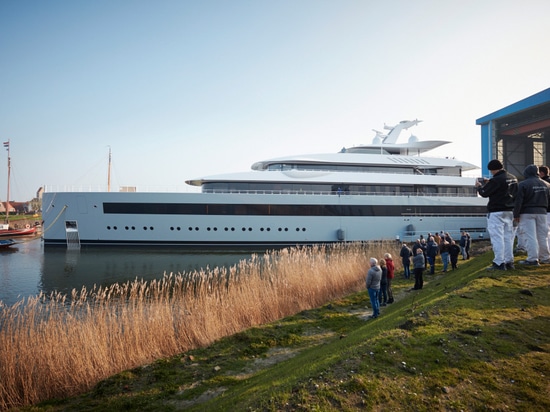 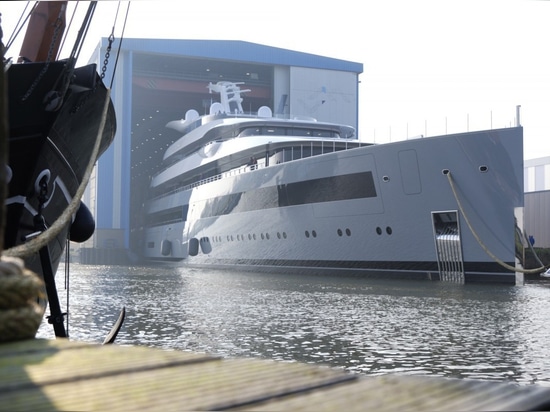 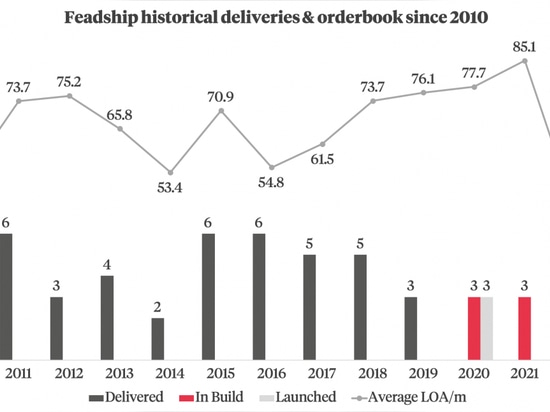 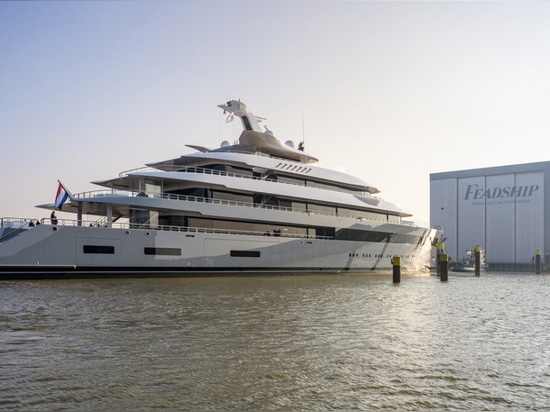