Big news for the Port of Fort Pierce

Derecktor Fort Pierce (DFP) has reportedly finalised an order with Cimolai Technology for the world’s largest mobile boat hoist. The 1500-ton hoist is expected to arrive from Italy by autumn 2020.

Based in Florida, DFP also has plans in place to build dry docks, due to come into operation before the arrival of the hoist, which are projected to accommodate vessels up to 5,000 tons.

Upon completion of the development phase, the installation of the new dry docks and the hoist will greatly increase DFP’s refit capacity and make it the only US shipyard fully capable of handling the international sailing yacht fleet, according to a company statement, allowing for direct deep-water access from the Atlantic Ocean through Fort Pierce Inlet, with no overhead obstructions and a maintained depth of eight metres through the channel and turning basin.

"It’s big news in every sense of the word.”

“The 1,500 MBH is an impressive machine in terms of size and capability. At 85 feet in height, it will be nearly as tall as the South Causeway and will give us the ability to haul vessels up to 250 feet in length, depending on displacement,” Justin Beard, Marketing Manager at Derecktor Ft. Pierce said. “This is a major step forward for Derecktor and for the project. Knowing the MBH will be here gives everyone – employees, customers and the residents of St. Lucie County - something definite to look forward to. It’s big news in every sense of the word.”

With the incremental increase in the average size of the superyacht fleet, the requirement for refit yards to improve their facilities to accommodate the growing fleet size is also growing. According to data supplied by The Superyacht Agency, in terms of average refit LOA by top 10 countries at the start of 2019, the US comes eighth historically, with an average LOA of 44.5m, putting it slightly behind all of the major European hubs.

This is easily explained by the high concentration of production and semi-custom motoryachts in Floridian waters. However, the mantra of ‘build it and they will come’ can be true of infrastructure, especially as superyacht cruising plans become more far-reaching in their scope. Thus, idiosyncratic developments such as this have the potential to attract a different operational profile of vessel. 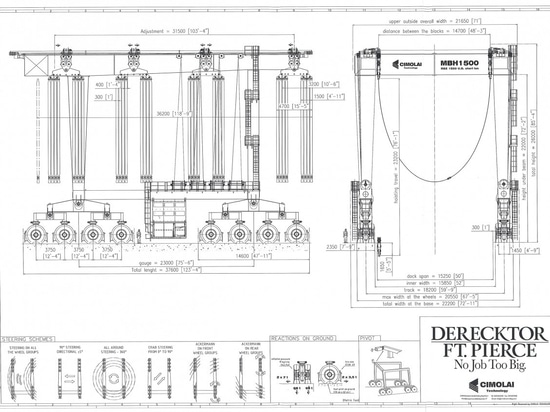