The UnREEL Kintetic is an automatic reel, powered by a smart bungee twist system.

Reels to take up excess lines, such as halyards, have been around in one form or another for many years—most of them homemade and few really designed for long-term use in the marine environment, until now. Marine Element’s Kinetic UnREEL is an all-plastic drum that is becoming standard equipment aboard a variety of boats from 16-foot skiffs to Etchells to TP52s and even larger boats. The Kinetic can be used for any lines you want tidied, from control line tails to halyards. On an Etchells, for example, a Kinetic reel can be used for the spinnaker halyard and sometimes the jib halyard; aboard bigger boats it’s used for control lines and halyard retrieval lines.

Constructed of either Delrin, for the more budget-minded, or carbon fiber, the 6.5-inch diameter drum weighs just 10 ounces (a couple of ounces less for the carbon fiber model). With a Delrin axle, there are no metal parts to rust or corrode. The Kinetic does require around a meter of space for the elastic tubes that provide the spinning force for the drum. The unit comes with all the fasteners needed for installation.

How it works is impressively simple. Using a spinnaker halyard as an example, first wind a bunch of turns on the drum. Attach the spinnaker halyard to a small loop on the drum, and you’re set to go. As you raise the spinnaker, the halyard tail is rolled onto the drum. A little experimenting will tell you how many pre-winds you need. The other loading option, especially if the drum is located in a place that is difficult to access, is to sky the halyard, attach the tail to the drum and then, as you pull the halyard down, the drum will automatically wind. Caution: there will always be a little upward pull on the halyard, so be careful not to let it hang free or you’ll be climbing the mast to retrieve it.

Once finished sailing, Troy Kennedy, founder of Marine Element, recommends relieving the band tension by either skying the halyard or disconnecting the halyard from the drum, although it’s not imperative. The reel is usually mounted out of the sun, so UV is not really an issue, Kennedy says. That’s particularly important for the elastic, which he says will usually last a complete season if you are lazy and don’t unload it when finished sailing or maybe a season and half if you do. “Either way,” he says, “it’s basically physio elastic, so it’s pretty inexpensive to replace.” www.marineelement.com AU$699. 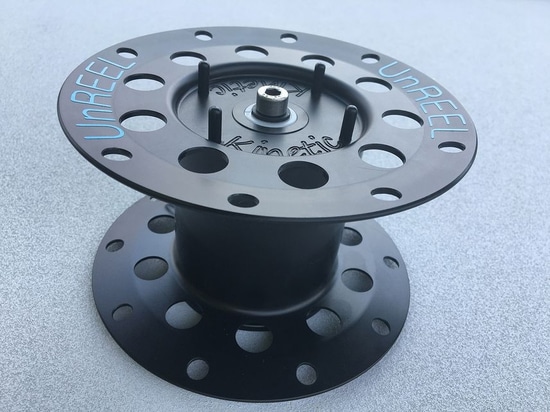 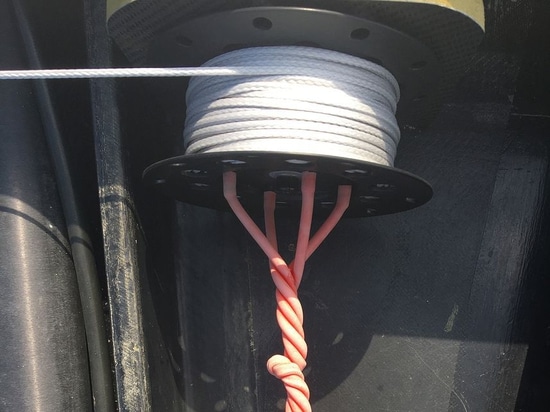 An elastic twist provides the energy to spin the reel.